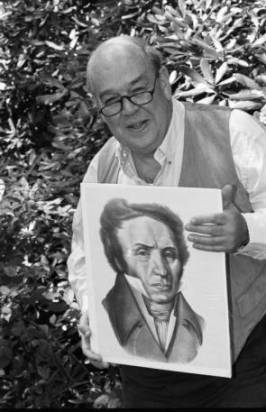 At the time of the American Revolution, the value of the unexplored regions of the new nation was unknown, especially along the barrier of thickly forested slopes of the Appalachian Mountains. French King Louis XVI appointed Michaux Royal Botanist and sent him to investigate the plants in America that might be of value.

Michaux’s foray to the top of Grandfather was not his first visit to the Tar Heel state. In fact, he frequently returned to North Carolina in search of plants new to science and for the enrichment of French agriculture and forestry. He would describe and name a significant percentage of the vascular plants native to the Carolinas.