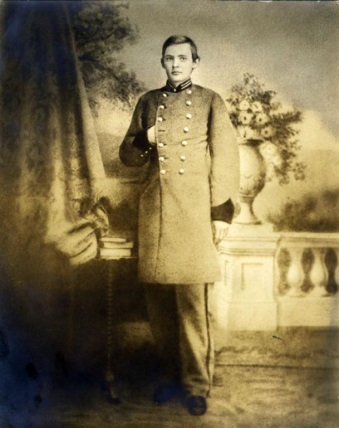 A descendant of Governor Samuel Ashe of Pender County, Ashe was born near Wilmington in 1840 and studied at the U.S. Naval Academy. At the outbreak of the Civil War he went to work for the Confederacy as a soldier and engineer. His final assignment of the war was at the Fayetteville arsenal in 1865.

After the war, Wilmingtonians elected Ashe to one term in state House of Representatives. Having moved his law practice to Raleigh while serving in the legislature, Ashe remained in the capital, reviving what became the News and Observer in 1881.

On what would have been his 100th birthday, and only three years after his death, Ashe received the rare tribute of a monument on the grounds of the State Capitol with the dedication of a bronze tablet in his memory.