Jurist W. A. Hoke of Lincolnton 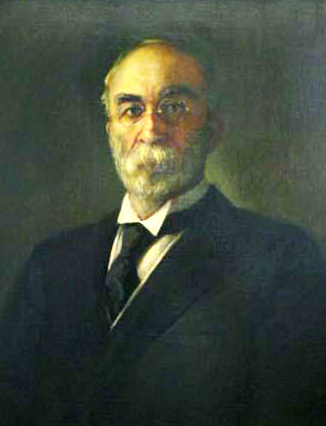 Born in Lincolnton in 1851, Hoke attended Lincolnton Male Academy and later studied law under Chief Justice Richmond Pearson at Richmond Hill. He was admitted to the bar in 1872 and was elected to the North Carolina House of Representatives in 1889.

Hoke’s career on the bench began when he was elected in 1890 as judge for the Superior Court. He was elected as an associate justice of the North Carolina Supreme Court in 1904, and served continuously until he was appointed chief justice in 1924 upon the death of Walter Clark.

He resigned in March 1925 due to failing health.

Hoke regarded as the high point of his life his part in chairing the commission to secure for the National Statuary Hall in Washington, D.C., a statue of his friend, former Governor Zebulon B. Vance. He delivered the presentation address when the statue was dedicated in 1916.

It is said that Hoke was sitting in a chair at Rex Hospital telling his doctor about that day when he died suddenly of a heart attack.