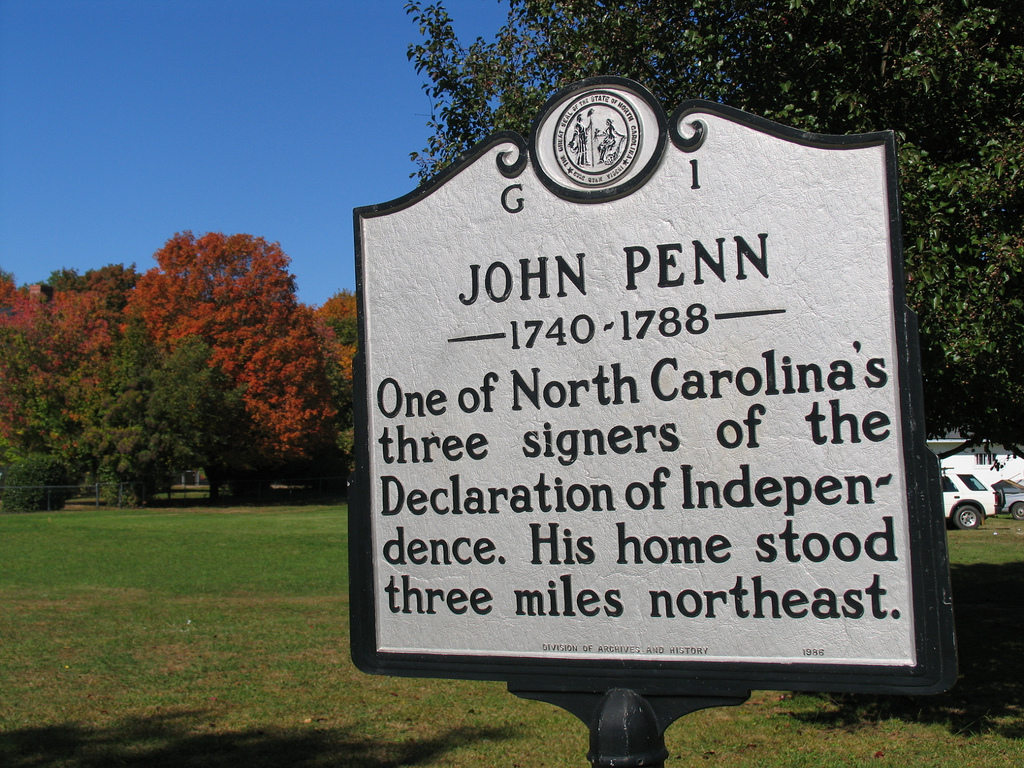 On September 14, 1788, John Penn died in Granville County at age 47. With nothing more than a very basic education, Penn rose through legal and political circles to become one of three North Carolinians who signed the Declaration of Independence.

Born in 1741 in Virginia, Penn received instruction in rural schoolhouses. After his father’s death, a neighbor offered young Penn use of his library. Through self-instruction, Penn acquired knowledge of the law sufficient for admittance to the bar in 1762.

In 1774, Penn and his family settled in what is now Vance County, a center of the colony’s growing independence movement. Penn served in the Continental Congress in Philadelphia in 1775 and soon earned the respect of constituents and colleagues.

In the summer of 1776, he joined North Carolinians William Hooper and Joseph Hewes in signing the Declaration of Independence.

Later in his career, Penn served on North Carolina’s Board of War, established by Governor Abner Nash, and on an advisory council to Governor Thomas Burke. He retired to his home near Stovall, where he was buried. In 1894, Penn’s remains were transferred to what would become Guilford Courthouse National Military Park in Greensboro.