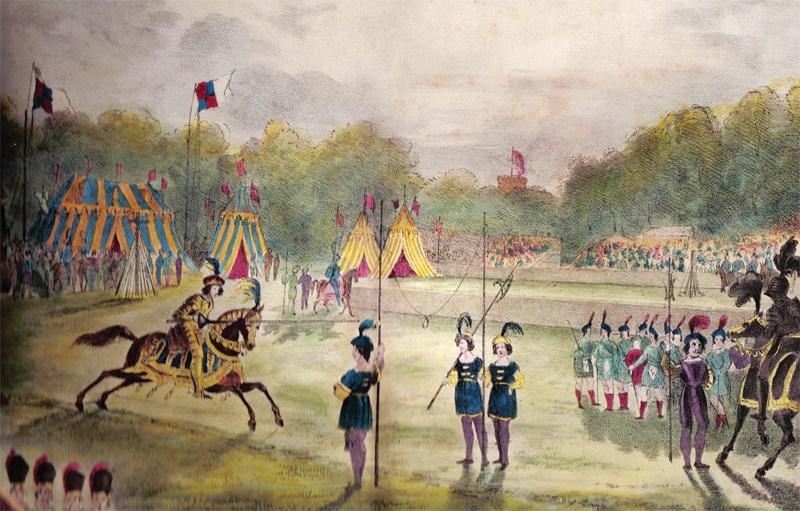 On September 15, 1857, the resort town of Shocco Springs in Warren County held the first known medieval jousting tournament in North Carolina. It did not involve riders knocking each other off their horses. Instead participants used lances to spear a three-inch ring off a post.

Such “ring tournaments” became fashionable among the well-to-do in North Carolina in the late 1850s and, after a hiatus during the Civil War, they experienced a revival that lasted until the 1870s.

The 1857 contest attracted contestants from as far away as Florida and Texas. Pageantry, costumes and assumed titles (like “the Knight of the Black Cross”) combined with themes of chivalry, honor and the virtue of womanhood at the festivals. Many times they culminated in the crowning of a “Queen of Love and Beauty.”

A newspaper account described the scene: “The Knights were splendidly accoutered, and as they flew past the stand with lances in rest their success was announced by loud cheers mingled with bursts of martial music, which irresistibly carried our thoughts back to the thrilling pages of Ivanhoe…”