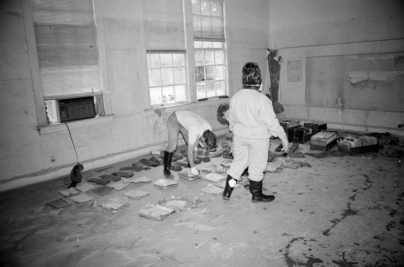 On September 16, 1999, Hurricane Floyd made landfall at Cape Fear as a very strong category 2 storm.  At its peak in the Atlantic, Floyd was among the largest category 4 storms on record.  Even as it came ashore it was almost twice the size of a normal hurricane. The 12 to 20 inches of rain that fell as a result of Floyd, which arrived only ten days after another hurricane, caused every river in eastern North Carolina to flood.

Among the towns most devastated by Floyd were Rocky Mount, Tarboro, Kinston and Princeville. The fate of the little town of Princeville, founded by freed slaves, tugged especially hard at the heartstrings of many North Carolinians—most of whom had never been there—as the whole town was underwater for days. A Federal Emergency Management Agency (FEMA) official stated that, although he had worked through more than 100 disasters since 1992, he had never seen flooding as bad as in Princeville.