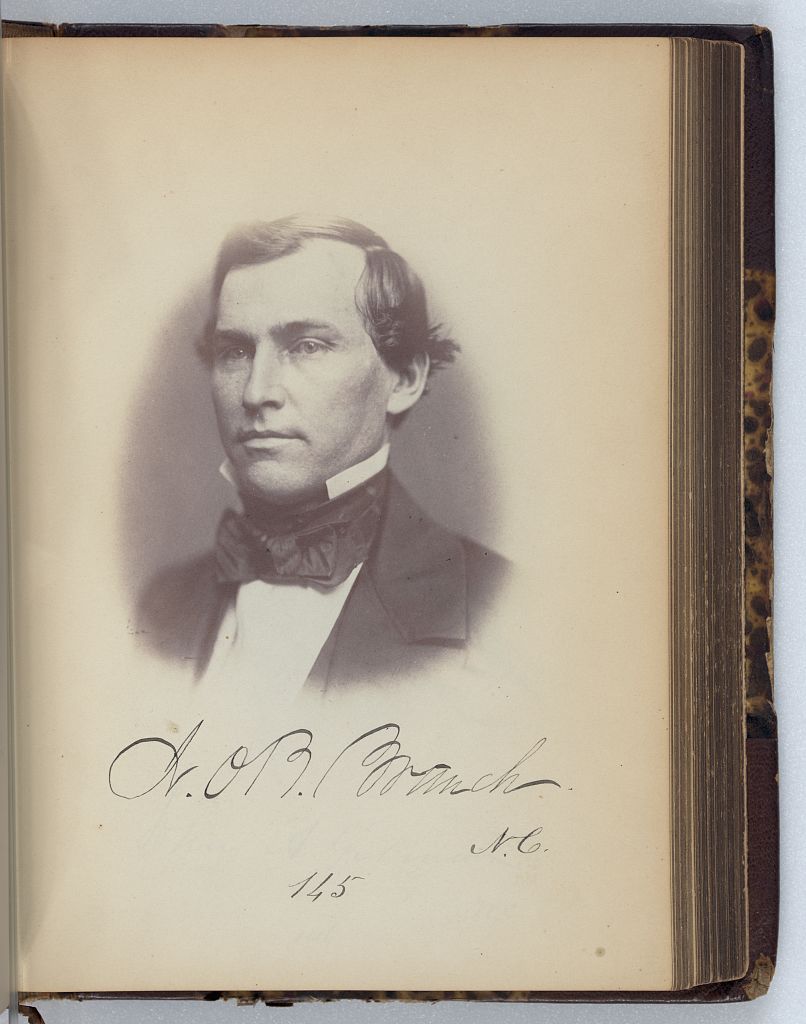 On September 17, 1862, Gen. Lawrence O’Bryan Branch was shot and killed by a sharpshooter at the Battle of Sharpsburg.

Born in 1820 in Halifax County, Branch was placed in the care of his uncle, U.S. senator and former North Carolina governor John Branch, following the death of both of his parents.

After college at UNC and Princeton, Branch moved to Nashville, Tenn., to work as a newspaper editor and to study law. He opened a law practice in Florida and served as an aide to Governor Robert R. Reid during the Seminole War.

Branch married on a trip to North Carolina and eventually opened a law practice in Raleigh. He held a number of prominent positions in the decade prior to the Civil War including a term in the U.S. House of Representatives.

When North Carolina seceded in 1861, Branch enlisted as a private in the Confederate army, but was soon appointed the state’s Quartermaster General by Governor John W. Ellis. Branch obtained a commission as colonel of the 33rd North Carolina Infantry and was appointed a brigadier general in January 1862.

Branch went on to command his brigade at the Battle of New Bern and led the command at the engagements of Hanover Court House, the Seven Days’ Battles, Second Manassas and Sharpsburg.