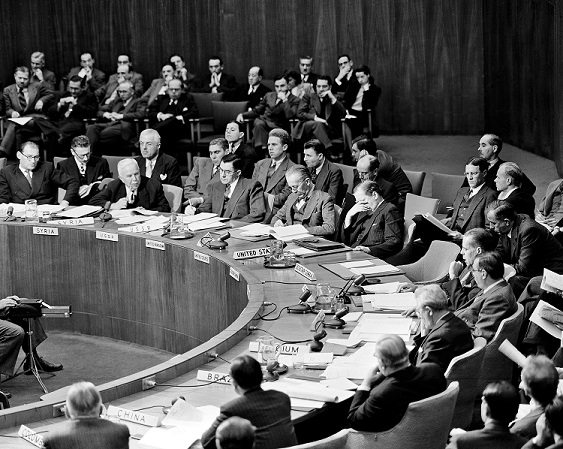 On October 11, 1947, as the newly created United Nations debated the partition of Palestine and the creation of the state of Israel, North Carolinian Herschel Johnson was at the center of the deliberations.

The plain-spoken career Foreign Service officer understood that no plan could satisfy both Arabs and Jews but “if we are to effect through the United Nations a solution to this problem, it cannot be done without the use of the knife.” The plan, with the support of the Soviet Union, passed the Assembly by a 33-17 vote.

Born in Atlanta in 1894, Johnson moved to Charlotte with his family when he was 6. He attended UNC and Harvard before joining the State Department in 1920. He served in junior roles in American embassies in Switzerland, Bulgaria, Honduras, Mexico and Great Britain, where he acted as ambassador after the death of Robert W. Bingham and departure of Joseph P. Kennedy.

In 1946, Johnson became acting U.S. representative to the U.N. He followed his service in New York with the ambassadorship to Brazil. A lifelong bachelor, he died in 1966 and is buried in Charlotte’s Elmwood Cemetery.