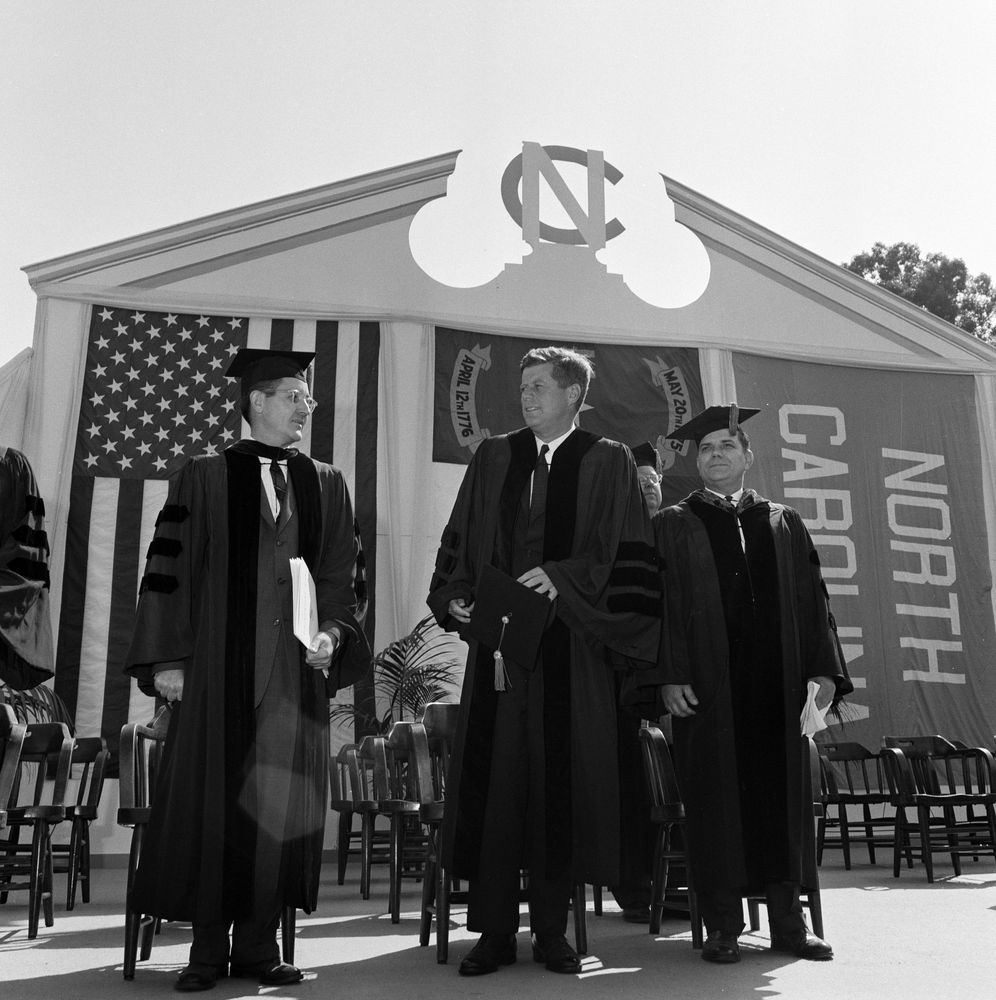 The occasion was University Day, the annual observance of the founding of the University of North Carolina in 1795. His remarks echoed his inaugural address:

I ask you to give to the service of our country the critical faculties which society has developed in you here, I ask you to decide whether you will be, as Goethe put it, an anvil or a hammer.

Two days before the event, UNC President Bill Friday learned that only 10,000 people were expected to attend. He called principals in a wide radius encouraging them to offer their students a rare chance to see a President. A capacity audience turned out. 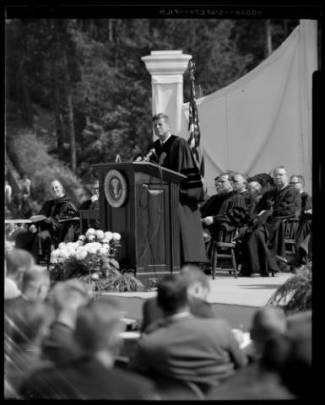 Joining Kennedy and Friday on the platform were Governor Terry Sanford and federal Commerce Secretary Luther Hodges, a former governor himself. As the ceremony concluded, a child approached the President, asking for an autograph. Kennedy borrowed a fountain pen from Friday, then absentmindedly pocketed it.

A bystander who observed the theft later wrote the White House and Kennedy returned the pen to Friday with a humorous note of apology.