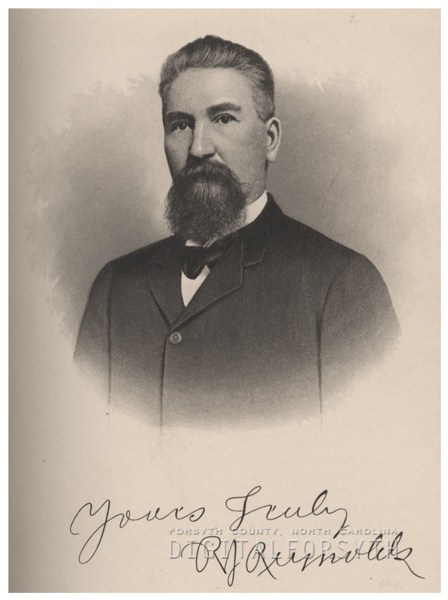 On October 19, 1874, R.J. Reynolds purchased his first lot, next to rail lines in Winston, from the Moravian Church.

Born into a prosperous Virginia tobacco family, Reynolds started what he called the “Little Red Factory” in 1874 with just $7,500 and some college and business school under his belt. A year later, the factory and its 12 workers had produced 150,000 pounds of southern flat plug chewing tobacco.

By the time of Reynolds’ death in 1918, the company had grown to a workforce of 10,000 spread across 121 buildings in Winston-Salem. The diversified tobacco manufacturing business included chewing and pipe tobacco and the legendary Camel cigarette. Other popular Reynolds brands included Winston, Salem, Vantage and Doral.

Outside of the business arena, Both Reynolds and his wife became known for their progressive politics, philanthropy and efforts to improve conditions for their workers.

The story of Reynolds’ arrival in Winston in 1874, eager to make his fortune and the family’s economic and philanthropic legacy have been memorialized in a sculpture in Winston-Salem. Dedicated in 1979, the monument depicts the 24-year-old Reynolds blazing into town on a horse. 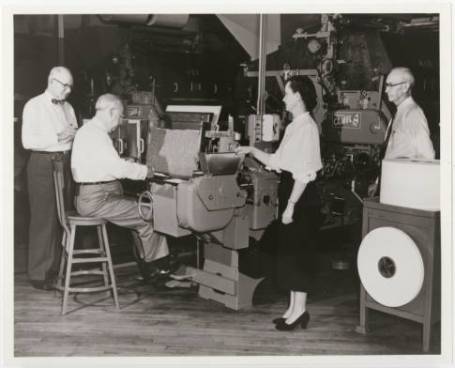