Truman Joins His Predecessors in Raleigh, 1948 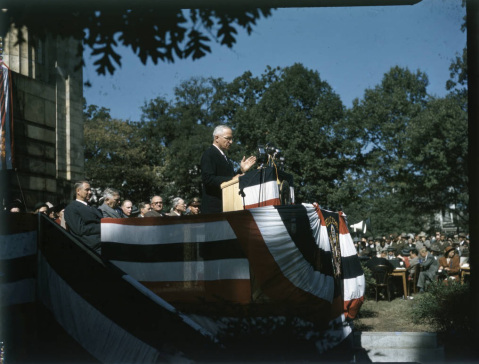 On October 19, 1948, President Harry S. Truman visited Raleigh and delivered the main address at the unveiling of the “Presidents North Carolina Gave the Nation” monument on Union Square, which surrounds the State Capitol.

The idea for the statue was conceived by Commissioner of Revenue A. J. Maxwell. He took the idea to several legislators and a resolution calling for the monument’s creation passed the General Assembly in March 1943, though work didn’t get underway until a commission was created to complete the project in 1945.

Several sculptors submitted designs for the monument, but the commission ultimately chose New York sculptor Charles Keck for the project. It was one of Keck’s last major works as an artist. 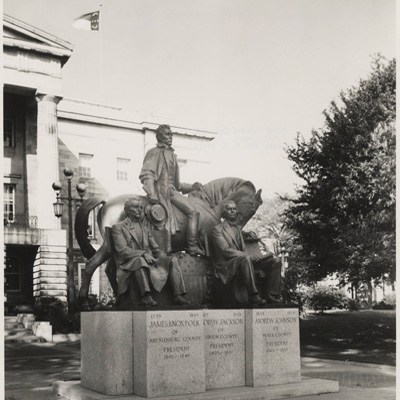 Governor R. Gregg Cherry, Secretary of the Army Kenneth Royall, U.S. senator and former governor Clyde Hoey and descendants of each of the three presidents joined Truman in dedicating the monument.

Visit: See the statue for yourself on the east side the State Capitol in Raleigh, and learn more about presidential history at the President James K. Polk Memorial in Pineville.