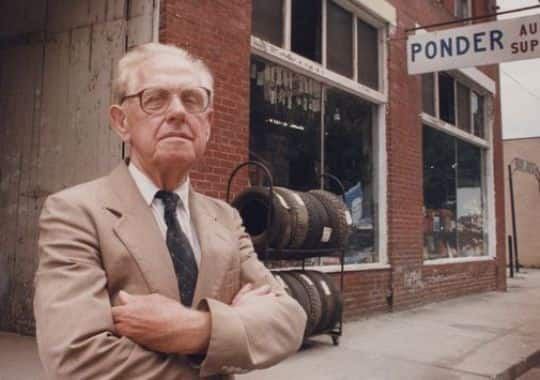 Davis disputed the outcome and, supported by his deputies, refused to relinquish the office. Ponder brought suit in superior court, and Davis was ordered to vacate his office in early January 1951. Davis appealed the case to the state Supreme Court, which ultimately decided in Ponder’s favor. A genial man who never wore a uniform and rarely carried a gun or drove a marked patrol car, Ponder remained the “law” in Madison County until 1986.

Ponder’s younger brother, Zeno, was appointed chairman of the county elections board in 1950. An army veteran with a wispy mustache and wily manner, he promptly remade Madison, a long-time Republican stronghold, into a Democratic machine. Nearly every election over the next 40 years was fraught with charges of voting law violations and, occasionally, violence.

Zeno Ponder ran for public office only once. In 1964, he sought a state senate seat. When  the results of the primary election were tabulated, they showed that Ponder had won more votes in some precincts than there were registered voters. Though the election was overturned, the Ponders remained powerful into the mid-1980s.