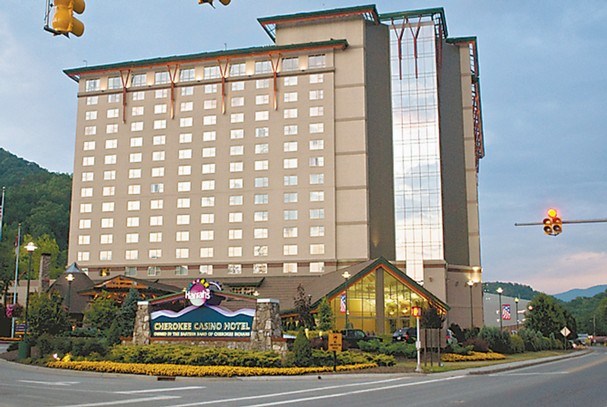 On November 13, 1997, Harrah’s Cherokee Casino—the first casino in North Carolina—opened in Cherokee on the reservation of the Eastern Band of Cherokee Indians (EBCI). Owned by the EBCI and operated by Caesars Entertainment Corporation, the casino complex recently expanded and now offers live table games, slot machines and traditional video gaming machines, as well as a spa. Its amenities also include a 21-story hotel, conference center, events center and several restaurants.

When Harrah’s Cherokee first opened, it offered only video poker. In August 2012, the U.S. Department of the Interior approved an amended agreement between North Carolina and the EBCI allowing live dealers. That agreement earmarked the state’s share of gaming revenues for public education while most of the remaining monies were to be distributed annually among tribal members.

Because of the new jobs and local economic upswing created by Harrah’s Cherokee, the Eastern Band has been able to make major improvements in health care, housing, education and public safety on its reservation. In September 2015 tribal officials opened the Harrah’s Cherokee Valley River Casino & Hotel in Murphy.

For more, check out Native Carolinians: The Indians of North Carolina from N.C. Historical Publications.