North Carolinian Perished Aboard the Titanic 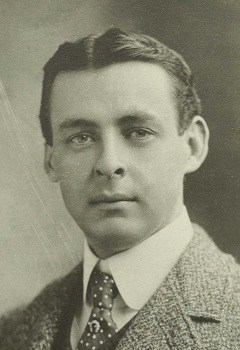 On November 24, 2003, Governor Mike Easley proclaimed “Oscar Scott Woody Day.” The day honored a Roxboro native who died in the sinking of the RMS Titanic, a postal clerk named Oscar Scott Woody. Interest in Woody was spurred by a 1999 exhibit at the Smithsonian National Postal Museum on the five clerks aboard the ill-fated vessel.

The Titanic sank on Woody’s 41st birthday. He was one of five postal clerks on board the vessel, all of whom who perished in the line of duty. After the ship struck an iceberg, they opened the registered mail cage of the ship’s post office below decks and attempted to drag about 200 sacks of registered mail upstairs to the decks, in the hopes that it could be saved.

A 1912 article in the Raleigh News and Observer,  said, “More than one North Carolinian today, when it was learned that the dead mail clerk hailed from ‘down home,’ expressed their satisfaction that North Carolina courage had not been found wanting in that fearful test . . . ” and noted that he “died like a North Carolinian.”

You can read the proclamation issued by Gov. Easley here.