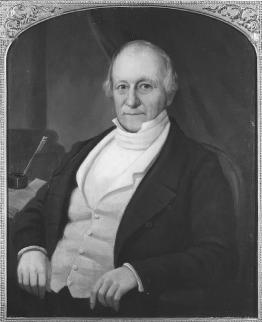 On December 8, 1827, James Iredell Jr. became governor. James Iredell Jr. was born in Edenton in 1788 to parents of the highest social and political standing. His father, James Iredell Sr., was a prominent Federalist leader and an associate justice of the United States Supreme Court. His mother, the former Hannah Johnston, was the sister of Governor Samuel Johnston of Edenton and niece of royal governor Gabriel Johnston.

Iredell was educated at Edenton Academy and the College of New Jersey (now Princeton University). Returning to North Carolina, he pursued the study of law and was admitted to the bar in 1809. During the War of 1812, he commanded a company of volunteers in the defense of Norfolk, and in 1815 he was commissioned a brigadier general in the North Carolina militia. He served in the state legislature before being elected governor.

Iredell later established a law practice in Raleigh and served as a commissioner to revise the state’s laws. He also reported cases for the North Carolina Supreme Court, administered a law school and published an authoritative three-volume digest of court cases in the state.