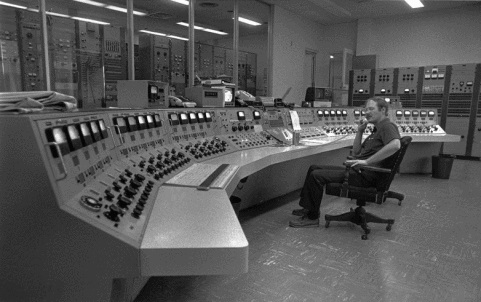 On February 24, 1942, the Foreign Information Service, precursor to the Voice of America (VOA), made its first broadcast from New York City to Europe.

Within months 23 transmitters were in place and 27 language services on the air. VOA technical facilities and programming saw vast improvements as America aimed to thwart the propaganda of communist bloc countries which, in turn, sought to electronically jam the broadcasts. International radio became an instrument of American foreign policy. 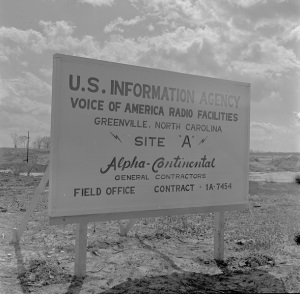 A key link in the network was built in eastern North Carolina. The facility consisted of three sites west, east and southeast of Greenville. The sites were chosen to ensure the best “electronic propagation conditions.” Programs originating from the Washington studios were beamed via microwave to Greenville and then were relayed from there to Latin America, Europe and Africa.  With its inauguration in 1963, the $23 million Greenville operation doubled the VOA’s power.

The federal government suspended operations at Greenville in 1989, and one of the sites is now home to the Queen Anne’s Revenge conservation lab.