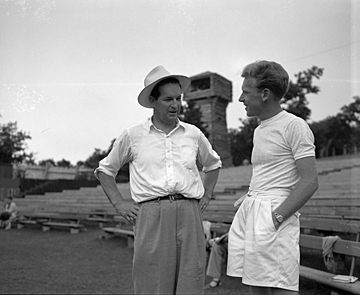 Born in Buies Creek in 1894, poet, playwright, and essayist Paul Eliot Green was a twenty-three-year-old student at the University of North Carolina when the United States formally entered the conflict. Green enlisted in the army in July 1917 and was assigned to the 105th Engineers, 30th Division with the rank of private first class. By April 1918, he had advanced to the rank of sergeant first class and was deployed with his regiment to the warzone the following month. His brother Hugh served in the same division but in the 119th Infantry.

Once in Europe, it didn’t take long for Green to witness the war’s true costs. In a letter home, he wrote of his first encounter with the dead in late August: “Not long ago I was on an old battlefield. We were digging trenches. One could hardly push his spade into the ground without striking a bone of somebody's boy.” He lamented the loss of over fifty thousand in a single battle and concluded that President Woodrow Wilson, while a “great man, a king among men,” had entered the war much too late. “Decide that for yourself,” he wrote to his addressee, “I have decided for myself.”

Throughout the war, from disembarkation to the voyage home, Green kept a war diary in which he recorded numerous poems. He kept much of his war-era literary work to himself, most having never been published during Green’s lifetime. In 1993, the poems were gathered into a collection by John Herbert Roper and published as Paul Green’s War Songs: A Southern Poet’s History of the Great War, 1917-1920.

The poems cover every facet of his war service, from making the trip across the Atlantic to training with the British, from going “over the top” to the armistice and his return home. His most interesting work revolves around his battlefield experiences. His poem “And It’s Over the Top—” poignantly captures a soldier’s complex feelings of dread and coolness as he awaits the signal for an impending assault: 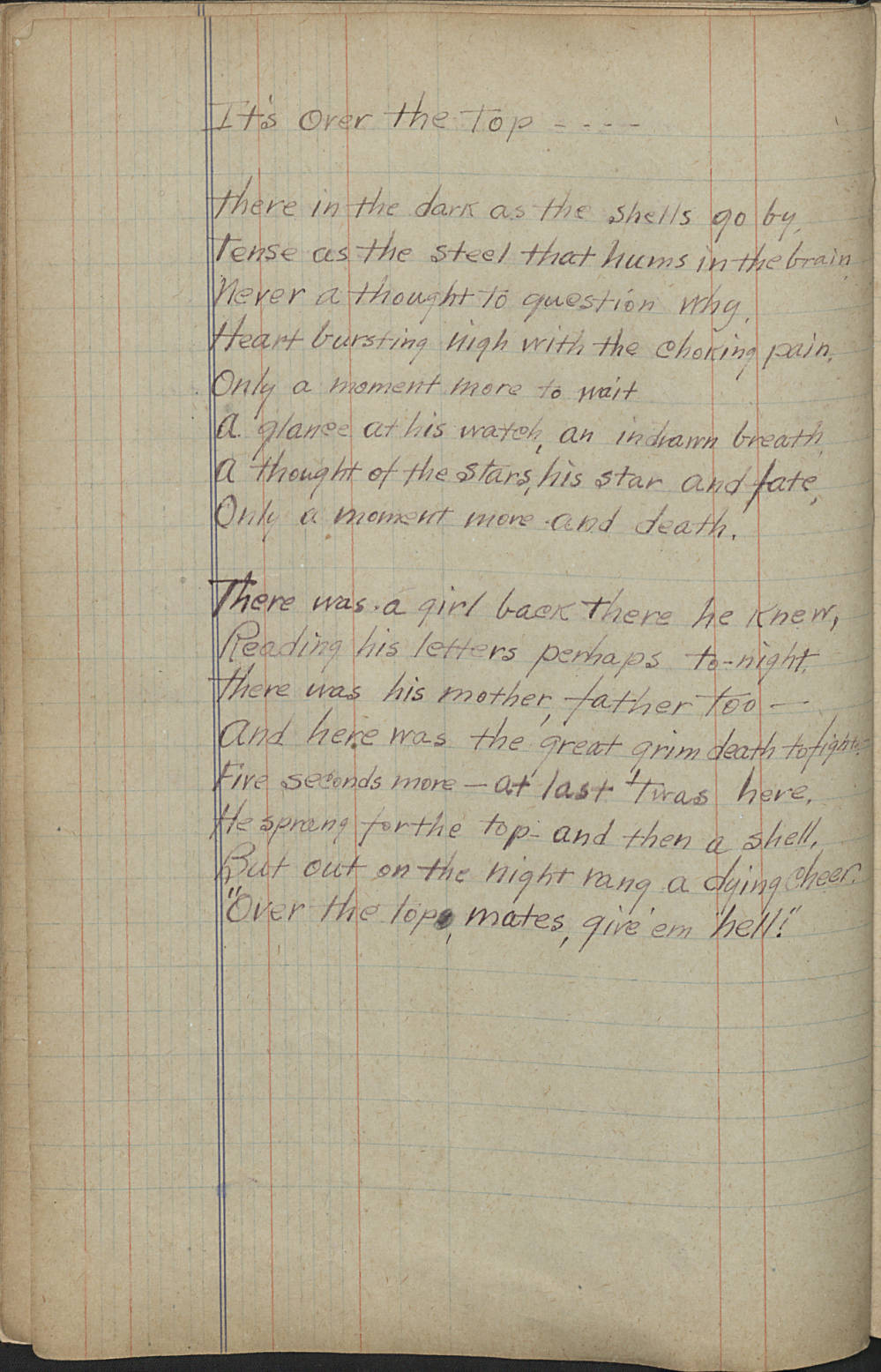 There in the dark as the shells go by

Tense as the steel that hums in the brain

Never a thought to question why,

Heart bursting nigh with the choking pain.

Only a moment more to wait,

A glance at his watch, an indrawn breath,

A thought of the stars, his star and fate,

Only a moment more and death.

There was a girl back there he knew,

There was his mother, father, too—

And here was the great grim death to fight.

He sprang for the top—and then, a shell.

But out on the night rang a dying cheer,

Both Paul and his brother Hugh were in the push to break the Hindenburg Line in late September 1918, an assault that proved to be North Carolina’s deadliest day of the war. Miraculously, both Green boys came through unharmed. Paul’s conduct on the field impressed his superiors, who recommended him for officer candidate school. News of the armistice came down while Paul was still attached to the school. He was breveted a second lieutenant and served until May 1919 as a chief confidential clerk in Paris, France.

Upon his return home that summer, Paul rejoined the student body at UNC. He continued writing and went on to receive a Pulitzer Prize for his play In Abraham’s Bosom. His work garnered the attention of production studios out in Hollywood, and for a time, he wrote movie scripts. Here in North Carolina, he is perhaps best known for The Lost Colony, an outdoor play that has been staged every summer since 1937.

Want to learn more about Paul Green? You can find a brief biography of the prolific writer on NCPedia. His war poems are available for viewing online thanks to the Louis Round Wilson Special Collections Library at UNC Chapel Hill. Find the partially digitized collection here.