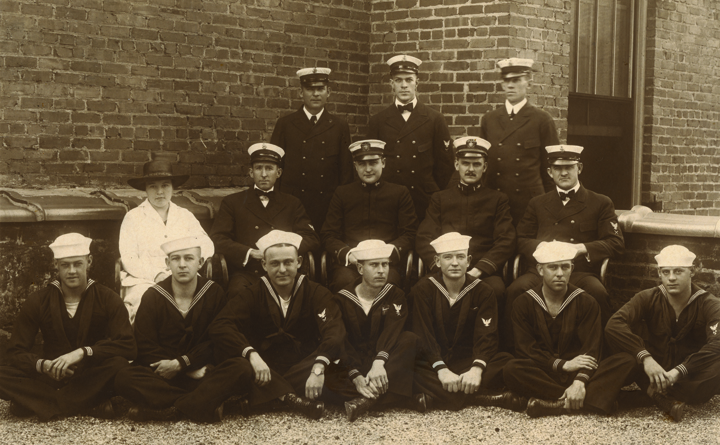 Shortages in the labor force affected all parts of American society as the war drew young men in their prime to the warzone. Even the United States Navy suffered from a lack of available administrators—known as yeomen—forcing Secretary of the Navy Josephus Daniels to turn to an untapped resource: women. A call soon went out for women volunteers, and more than eleven thousand offered their services as “yeomanettes.” Approximately two hundred of these women were North Carolinians.

Chatham County native Camelia Rutherford London joined the Navy Reserve Force in December 1917. The twenty-one-year-old served the entirety of her term at the Navy recruiting office in Raleigh. Upon her arrival, she initially reported to her brother, Lt. John Jackson London, who managed the office’s recruiting efforts and served as ordnance inspector at the Raleigh Iron Works. Lieutenant London was reassigned the following month, however, leaving Camelia behind. 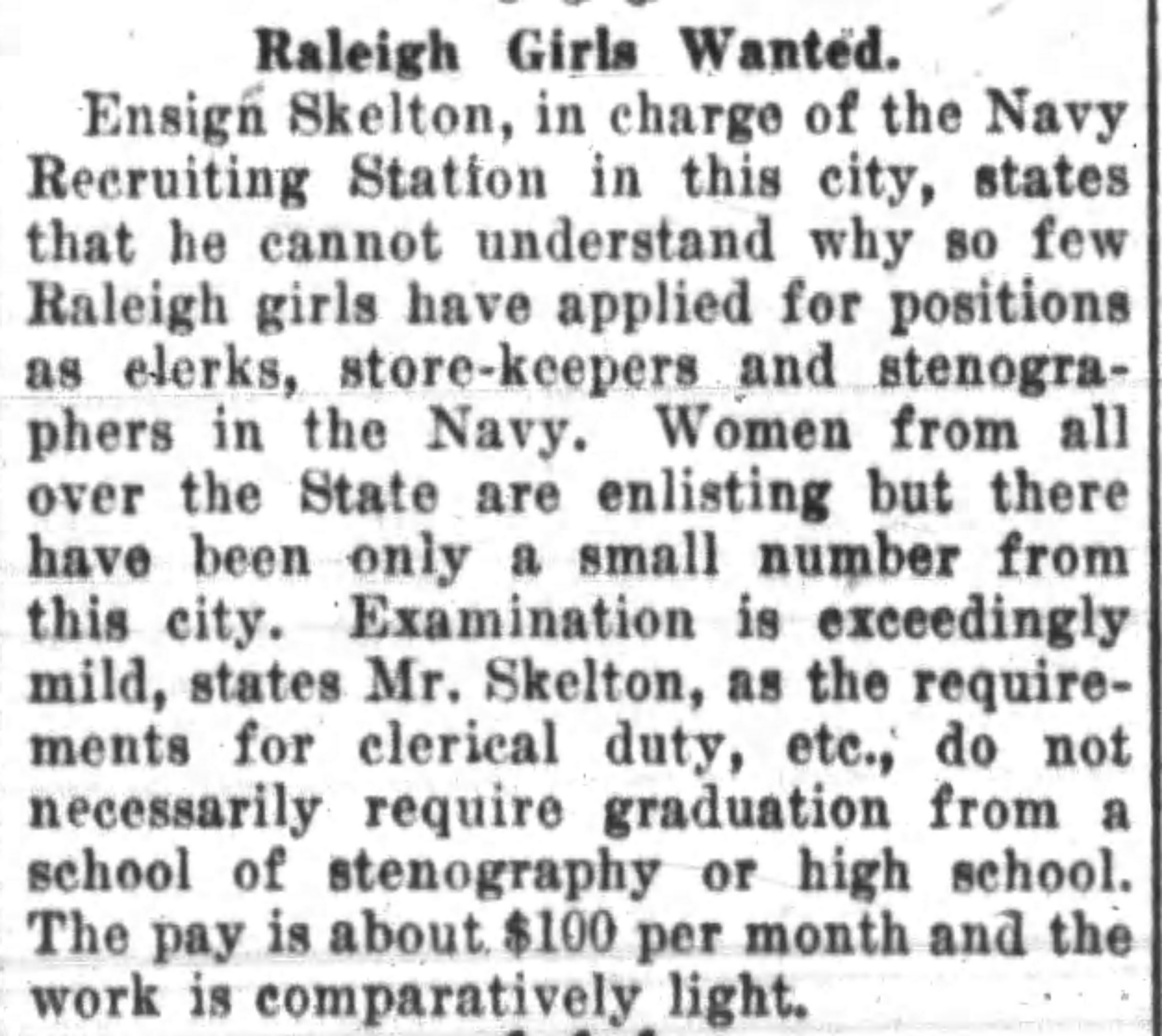 She carried on with her administrative work, earning approximately $100 a month, a sum that included allowances for uniforms, medical care, housing, and insurance. The pay was equal to that of men of the same rating, Secretary Daniels mandating that any woman “who works as well as a man ought to receive the same pay.” It was an astonishing development at the time, given that women did not yet even have the right to vote and that gender equity respective to pay remains elusive to this day.

Following the armistice in November 1918, Camelia was placed on inactive status until she was discharged on May 19, 1920. In October 1922, she married Fred Duncan Jerome, who had served in the Student Army Training Corps at North Carolina State University during the war. The two went on to have three children, all boys: Fred Jr. and twins John London Jerome and Henry London Jerome. Fred and Henry followed in their mother’s footsteps and served in the navy during World War II.