Even before the United States Congress’s war declaration in April 1917, citizens from across the state sought out ways to support the Allied war effort. These few served as ambulance and munitions drivers, Red Cross nurses, fighter pilots, and as combat soldiers with military organizations like the French Foreign Legion. Some ventured “across the pond” to serve with the British, while others, like Randolph County native Jesse Frank Blair, traveled to Canada to join the ranks of our northernmost neighbors. In fact, close to seven thousand Americans donned the uniform of a Canadian soldier during World War I.

By the start of the war in late summer 1914, twenty-three-year-old Jesse Blair was already a six-year veteran of the United States military. Blair split his time between the 8th and 11th United States Cavalry, serving at Fort Oglethorpe, Georgia, in the Philippines, and along the Mexican border during the border crisis in 1916.

Though Blair seems to have left us no writings that might provide insight into his personal motivations, something—perhaps a desire to more directly support the allies—compelled him to leave the U.S. Army in favor of service with the Canadian Expeditionary Force (C. E. F.) in June 1916. In doing so, Blair pledged to “bear true Allegiance to His Majesty King George the Fifth, His Heirs and Successors” and promised to defend the same “against all enemies.” His agreed-upon term of service was for the duration of the war plus six months. 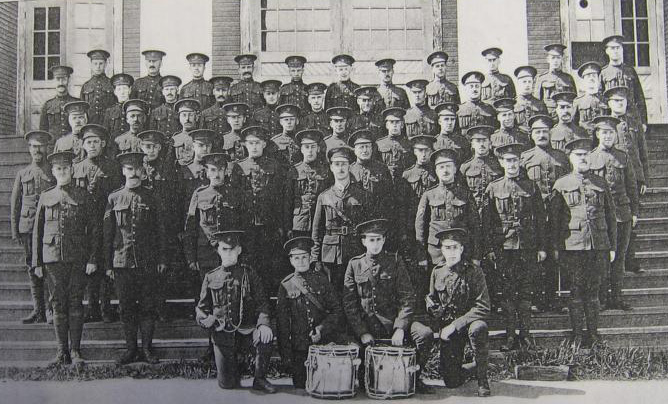 After passing the requisite physical examinations, the blue-eyed, fair-haired Methodist joined his new unit, the 47th Battalion, C. E. F., and shipped out for Great Britain in late October 1916. Upon arrival in the warzone, the battalion joined the 10th Infantry Brigade, 4th Canadian Division in France. 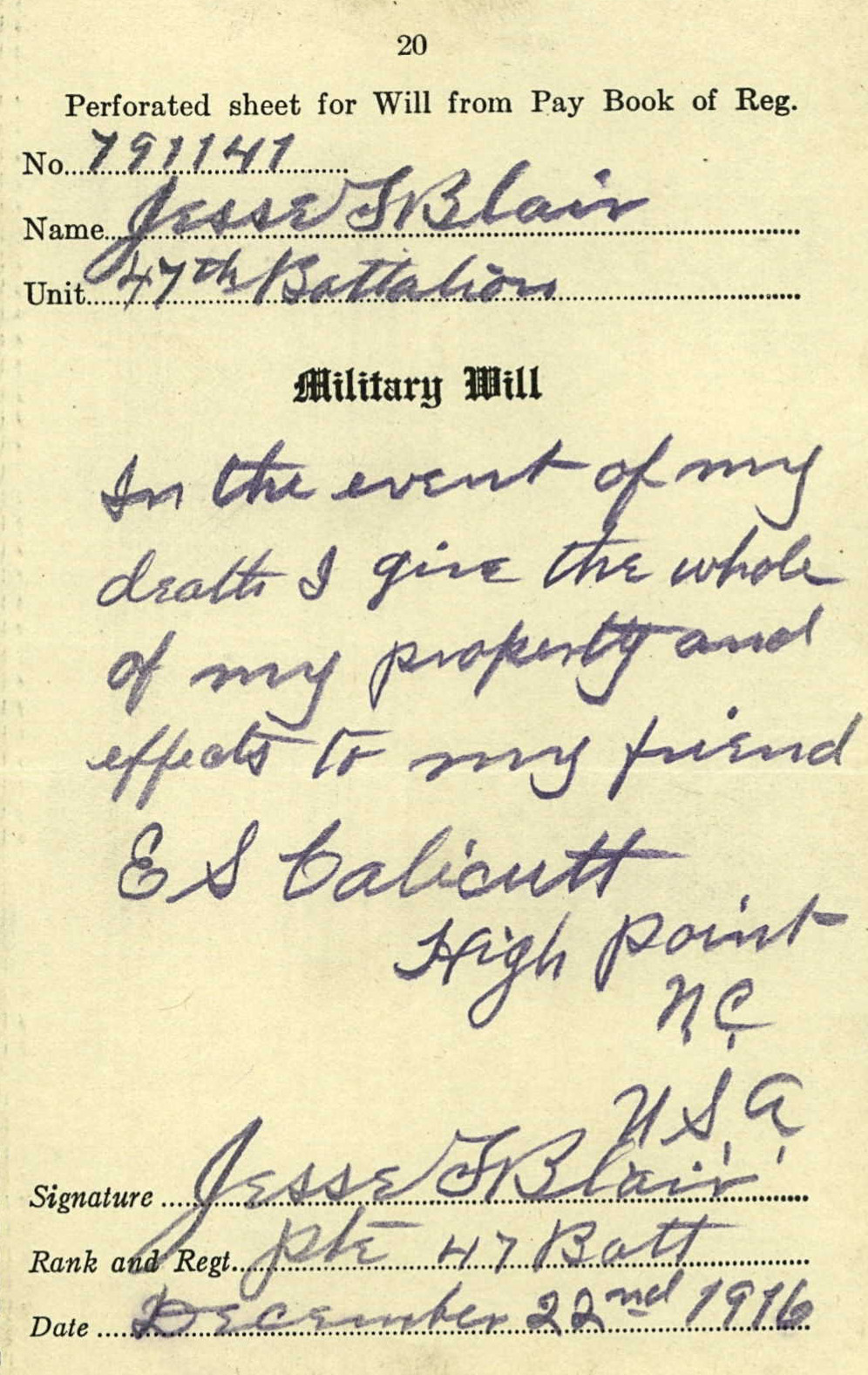 Within six weeks of first stepping foot on a battlefield in France, Blair felt the effects of the war firsthand, suffering a shrapnel wound to his left hand from a German trench mortar. Following a four-day stay at Stationary Hospital No. 4, in Arques, Private Blair returned to his unit.

In the remaining five weeks of Private Blair’s life, the men cycled in and out of the frontline trenches. On March 13, the Blair’s unit relieved the 44th Battalion on the frontlines near Souchez. Two days later, Private Blair was killed in action. Frustratingly, the details of his death are unknown. He was the battalion’s only casualty that day.

At the time of his death, Blair was unmarried, had no children, and was preceded in death by his parents and a sister. In his will, he appointed his brother-in-law Erastus S. Callicutt, a lawyer in High Point, as his sole beneficiary. His personal footlocker, containing a spare uniform, military accoutrement, and personal effects, were forwarded to his remaining sister, Edna Blair Brown, of Spencer. Several North Carolina newspapers heralded Blair as the state’s first war casualty, but this is, in fact, inaccurate.

The Canadian government interred Blair in the Villers Station Military Cemetery, near Villers-au-Bois, France, and posthumously awarded him the British War Medal and the Victory Medal.

Do you have an ancestor who served in the Canadian Expeditionary Force during World War I? Thanks to the efforts of the hardworking staff at the Library and Archives of Canada, you can find his service record in its entirety online. Just follow the link to begin your search. (Review Jesse Blair's service record to see the types of items you might find.)