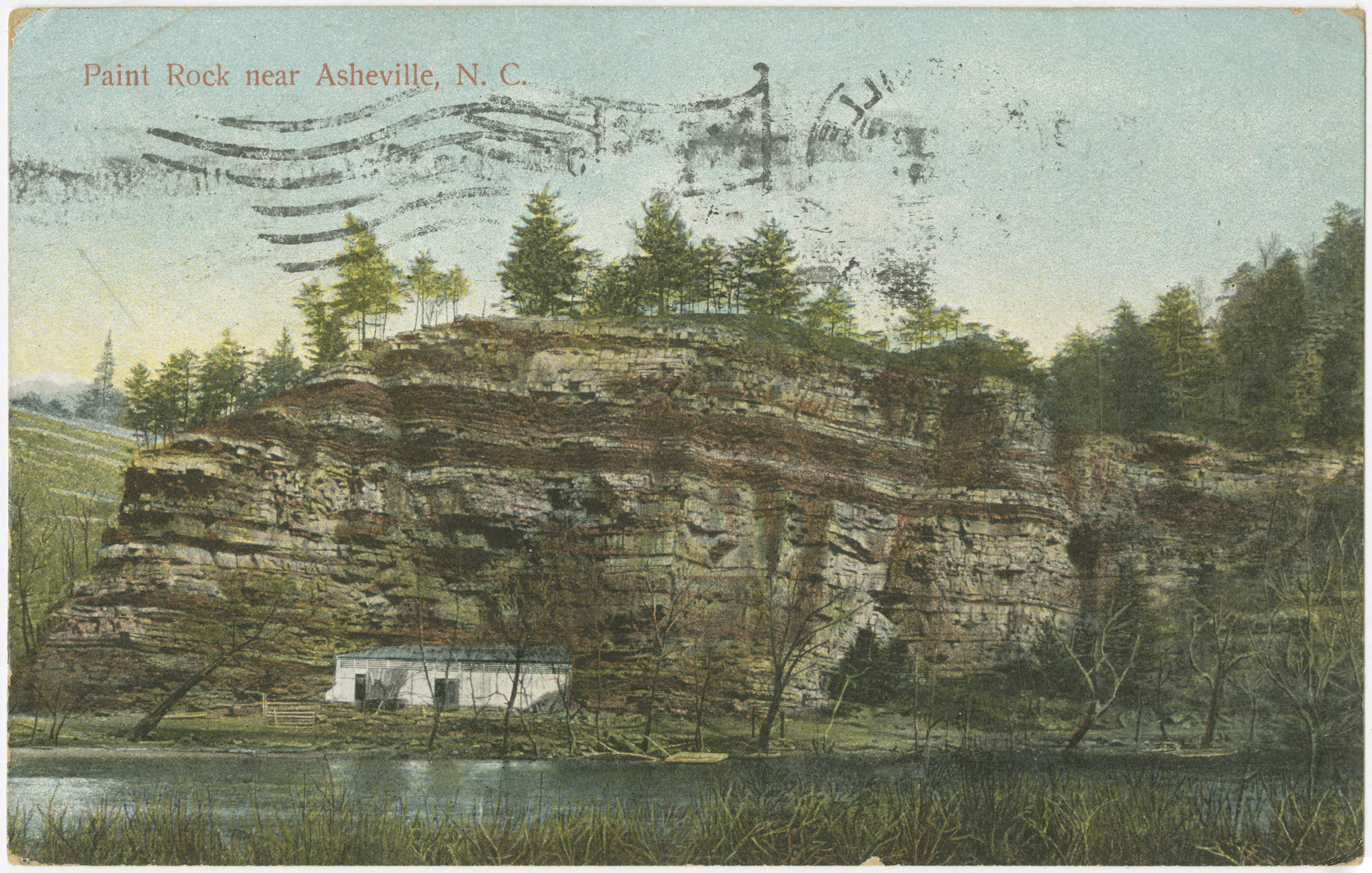 On June 28, 1799, land agent and mapmaker John Strother measured the American Indian pictographs on Paint Rock in Madison County. Strother wrote in this diary on that day that the vertical formation was 107 feet tall and that the:

Pictures of some humans – wild beasts fish & fowls were to be seen plainly made with red paint.

Paint Rock was created approximately 5,000 years ago during the Archaic Period. Its creators used pigments that were apparently of exceptional quality and complex design from ingredients that were clearly local. The rock outcropping, which features red and yellow markings, straddles the North Carolina-Tennessee border and has long been a landmark for travelers.

Paint Rock sits in a gorge along a road archaeologists suggest may have been a major travel route through the mountains and to natural crossings of the French Broad River. The panel of Paint Rock on the North Carolina side of the border displays alternating red and yellow rectilinear lines painted against the vertical cliff face.

Archaeologists have suggested the paints may have been created as a road marker, for use in healing rituals and for a combination of both, since healing pilgrimages to nearby hot springs may have been popular.

Campfires and weathering over the centuries have damaged the pictographs. In 2004, images on the rock panels were formally recorded, and archaeologists did more mapping and sampling in 2006 to support conservation and management.