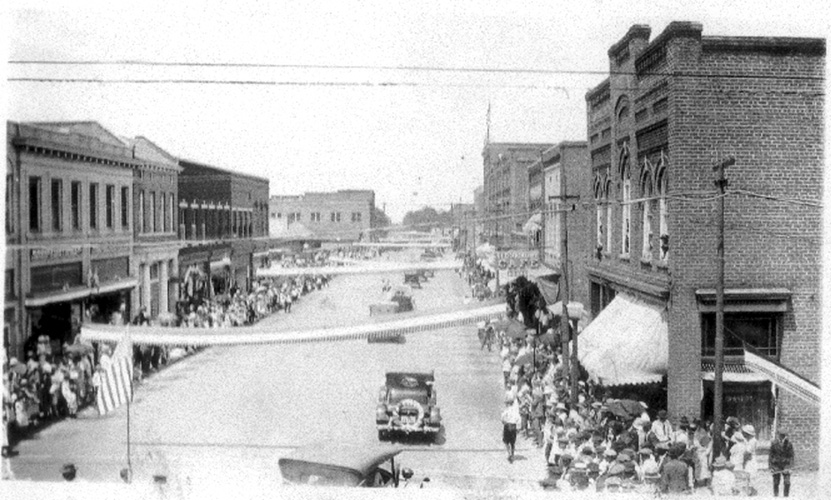 “Good bye Reid[. Y]ou stay back and help the other cooks and take care of our mess equipment until we get back.” Those were the last words of Benjamin F. Dixon, captain of Company K, 120th Infantry, to his mess sergeant Reid Hannah. “That is a day to be long remembered when our company left us, I mean us cooks and mess sgt., behind.,” Reid wrote with a heavy heart. “How little did we realize that so many would never come back.” The date he was referring to was, in fact, the state’s deadliest day of the war, the day North Carolina troopers broke the Hindenburg Line…September 29, 1918. Company K, the pride of Asheboro, sent 208 troops “over the top” that day. Only 67 returned. The rest, including Captain Dixon, were killed or wounded in the assault. 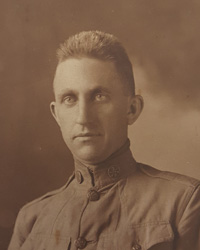 Reid was heartbroken by the loss. Alongside his best friend and fellow cook Eugene “Gene” Chisholm, Reid had forged a special bond with the men in his company. He had joined the unit as a charter member in 1911 and, together with Gene, had deployed to the Mexican border with the company in 1916. On the battlefields of France, the men looked after and cared for the most basic need of their brothers in arms: food.

The effects of food on a soldier’s morale and wellbeing during a time of war cannot be overstated. You see, a cook could make or break meal, one of the few times that a soldier could catch his breath, find comfort and comradery, and mentally and physically prepare for the exhausting trials ahead. A hot meal after a long, miserable slog through cold, muddy, rat-filled trenches gave weary soldiers something to look forward to and could boost a weakened morale. A bad meal after such an ordeal could do just the opposite. 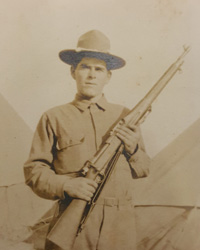 In training camps back home, North Carolina troopers had been spoiled by the fare: beef, beans, vegetables, potatoes, bread, bacon, eggs, coffee and tea. Many encountered a harsh wake-up call when they boarded British ships for Europe. Horton Hall, a Wilkes County native assigned to the 323rd Infantry, complained that the food was “typical English food” that “wasn’t even fit for a hog to eat.” The common complaint seems to be that the meals were made of poor ingredients, poorly prepared. Peculiarly, a number of North Carolina veterans professed a deep, deep hatred for orange marmalade specifically, refusing to eat it even after their time in the service had ended.

They could not have known it then, but their food situation would only grow worse as they neared and entered the warzone. Food supplies became more limited. The conditions under which the field kitchens operated—i. e., an artillery bombardment—meant meals were rushed and roughly assembled. In fact, Forsyth Countian Noah Whicker, of the 321st Infantry, recalled a time when he was a served a bean dinner so undercooked that it made a rattling sound as it hit his mess kit. Others remembered eating horse meat that had the texture of shoe strings, and it wasn’t uncommon for soldiers to subsist on emergency rations of hardtack and canned meat for a few days.

Reid and Gene took great pride in their culinary offerings, as limited as they were, serving them up in conditions that were “sometimes pretty fair…and sometimes pretty scant,” according to Gene. The comfort they provided—in the billets, on the firing line, and everywhere in between—endeared them to buck privates and officers alike. In a short letter sent home in the fall of 1918, Lt. Hal Walker assured family that he was well cared for: “Reid Hannah is still cooking for us and as usual, he gives us plenty to eat.” The Asheboro Courier echoed the same: “The boys all know and love Sergeant Hannah and he looks after their welfare.” 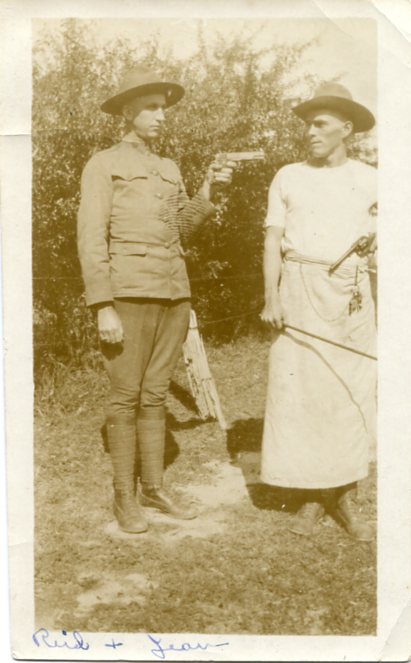 Following the assault on the Hindenburg Line, during which so many of Reid and Gene’s friends were lost, the two men decided that upon their return home, they would open their own restaurant. In late October 1919, the men held true to their word and opened the Old Hickory Café, a “modern and up to date establishment,” on Depot Street in downtown Asheboro. The café, named in honor of the Old Hickory Division (30th), quickly became a popular gathering spot for the veterans of Company K, who traded stories from morning to midnight over cups of coffee and plates heaping with comfort food.

In the postwar years, Gene married Reid’s sister and had a son named Donald, who practically grew up in the café. “I guess I was kind of raised up on Company K,” he recalled. “My friends and I would dig trenches and play breaking the Hindenburg Line.” Tragically, Gene died at the age of 36 in 1929 after suffering from poor health for many years. Reid kept the café open following Gene’s passing, running the place until 1945 when he sold it to William L. Stanley. Today, the café is but a memory, and the veterans of Company K have all passed on to whatever comes next. Perhaps it is best to end with the apt words of Gene Chisholm: “No, I wouldn’t go back again, but I wouldn’t take anything for the experience.”

Interested in seeing more photographs of the men from Company K? Check out the company's photo album from their time on the Mexican border, a digitization project of the State Archives of North Carolina.