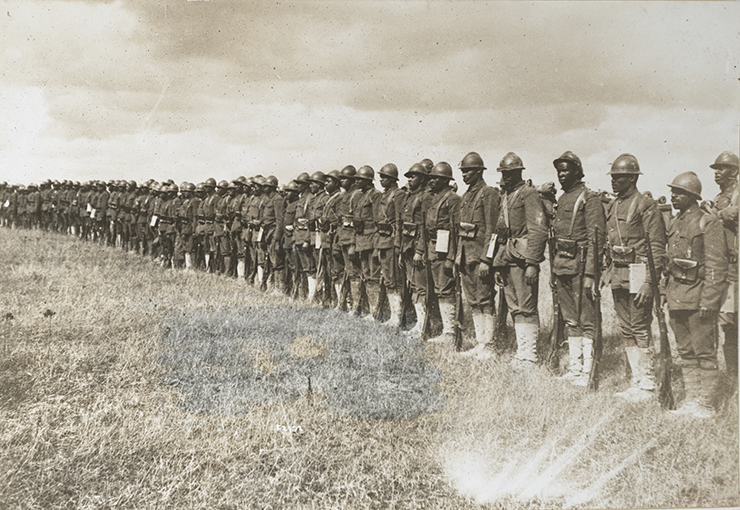 Of the 380,000 black Americans who served in the military during the First World War, only 42,000 saw combat. Due to racial prejudices of the time, black men were viewed as fine laborers but poor soldiers and were often limited to logistical support roles. Despite this, two combat divisions of black troopers were organized—the 92nd and 93rd—and served overseas on the battlefields of France. The heroics of one organization, however, vaulted it above all others: the 369th Infantry Regiment, known also as the Harlem Hellfighters.

At least 249 North Carolina-born African American men served in the prestigious unit during the war period (1917-1919). The great majority of these men had left North Carolina to escape the ever-increasing oppression they faced in the south, relocating to northern states in search of better job opportunities and housing prospects, as well as more equitable social conditions. 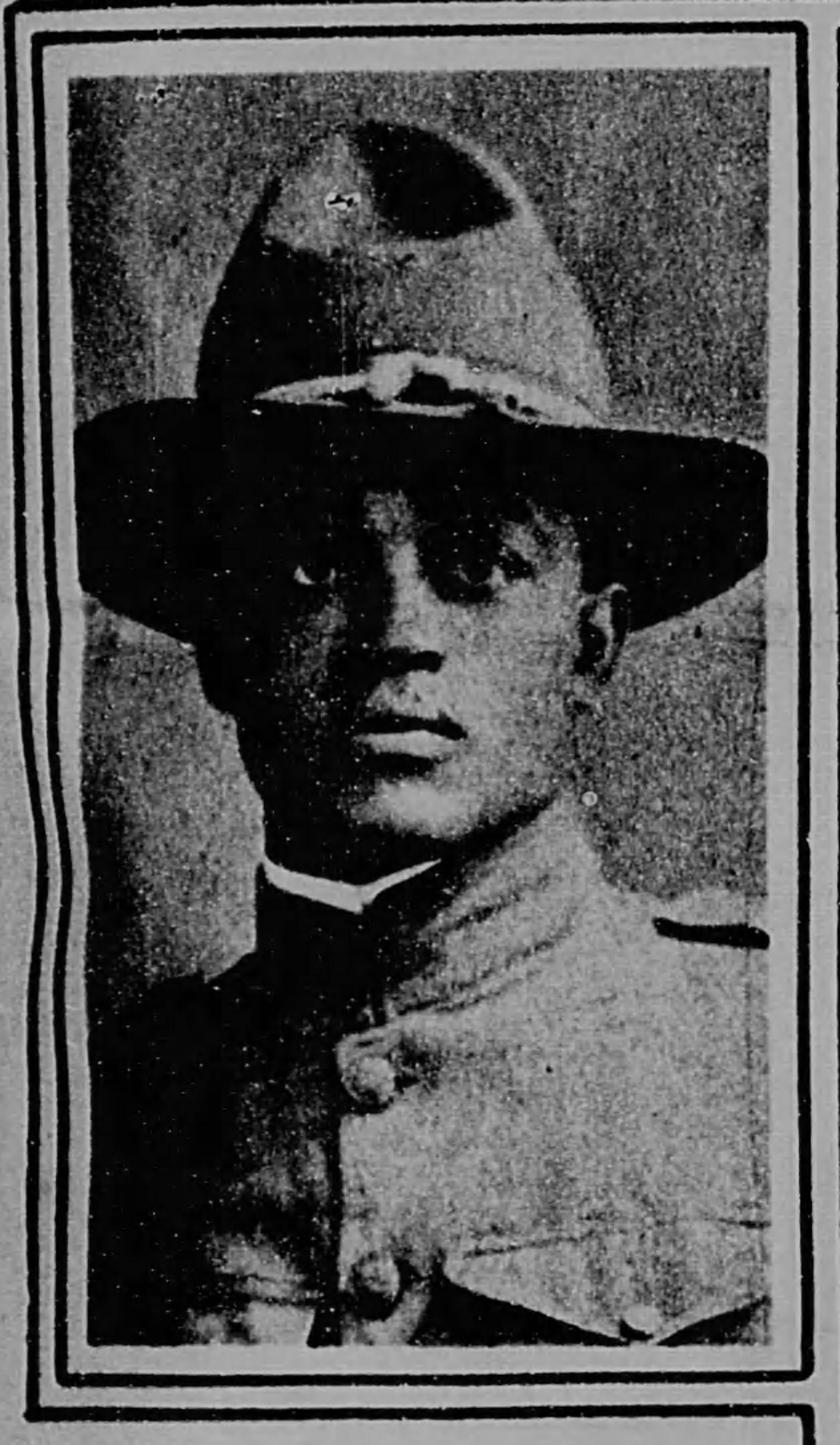 As the drumbeats of war grew louder in 1917, these men, just as their white counterparts back home in North Carolina, voluntarily donned the uniform of American soldiers, joining what was then the 15th Regiment, New York Guard. Following President Woodrow Wilson’s war declaration in April, the regiment was called into Federal service and deployed overseas as a labor unit in December.

The men languished as laborers, building railroads, docks, dams, and ditches, until they received the news they had long awaited: they were going to the front! But even in this noble venture, racism reared its ugly head. Rather than deploy the 369th alongside other American units, American command opted to hand the regiment over to the French, who accepted the black soldiers with open arms in the spring of 1918. Outfitted in French gear and munitions, the men attended additional combat training with battle-hardened veterans and were assigned to the French Fourth Army.

In their first combat deployment, from April 8 to July 4, the 369th saw action just west of the Argonne Forest. Four North Carolinians were wounded, including Sgt. Henry Johnson, a native of Winston-Salem, whose desperate defense of an outpost against a German raiding party earned him the nation’s highest commendation, the Medal of Honor. Greensboro’s Edward Harding was mortally wounded in a separate attack, succumbing to his wounds on May 26. The forty-one-year-old was a veteran of the Spanish American War who gave up his job as a fireman in 1917 to once again answer his country’s call. Hometown papers reported that Sergeant Harding was the first person with Greensboro connections to die in the war. 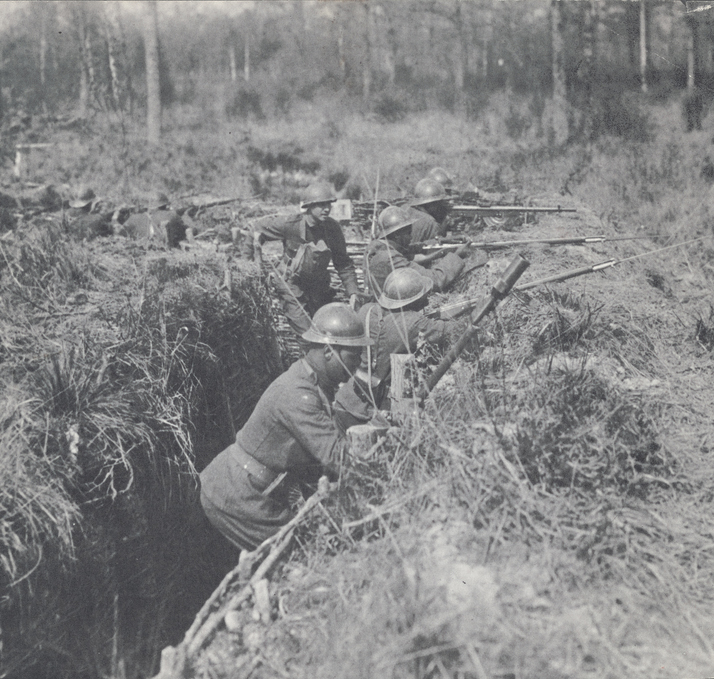 During the Champagne-Marne Defensive, July 15-18, two more North Carolinians with the 369th gave up their lives: Fletcher Battle, of Rocky Mount, and Morris D. Link, of Kittrell. Both men were awarded France’s highest honor, the Croix de Guerre. Battle’s sacrifice was additionally recognized by the American government with the Distinguished Service Cross. Four other North Carolinians were wounded, but the defensive action proved an overwhelming success, rebuffing the German advance.

Following a relatively quiet stint in the Calvaire sector from July 23 to August 19, the French Fourth Army joined the American First Army in the Meuse-Argonne Offensive. As their white counterparts with the 30th Division assaulted the Hindenburg Line near Bellicourt towards the end of September, black North Carolinians with the French Fourth Army simultaneously launched an attack on a segment of the line just west of the Argonne Forest. The 369th took up a position on the frontlines on September 26. Five days of hard fighting followed, during which over thirty North Carolinians were wounded and at least thirteen were killed. In total, the regiment lost 172 killed or died of wounds and suffered 679 wounded in the offensive. 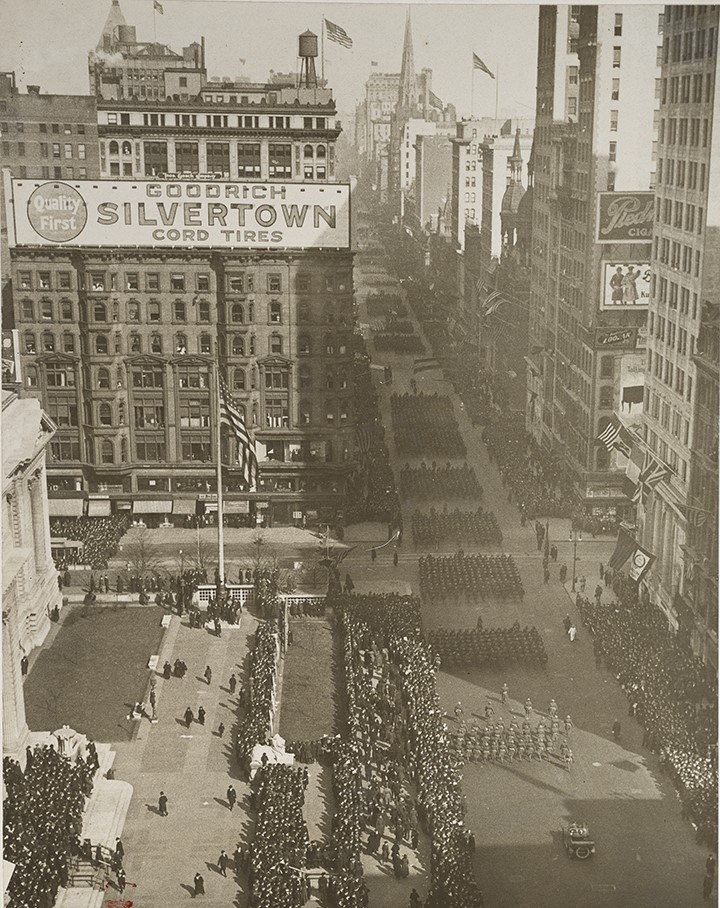 The 369th spent the remainder of the war more or less in reserve and, following the Armistice, marched into Germany as part of the French Army of Occupation. It was relieved from French service on December 12 and boarded a ship for home on February 2, 1919. Upon their arrival in New York later that month, the Hellfighters were greeted with a raucous welcome home parade and celebration that drew an estimated 250,000 citizens.

When the party ended, however, old problems reappeared. Though they had fought, and in some cases died, to make the world “safe for democracy,” African American combat veterans returned to a country that still viewed them as second class citizens. Racial violence culminated in the Red Summer of 1919, during which riots broke out in towns and cities in both north and south. Six million black southerners, seeking better social conditions, fled north in what became known as the Great Migration.

W. E. B. DuBois remained undeterred and, in his 1919 essay “Returning Soldiers,” encouraged black veterans to continue the fight here at home: “We return. We return from fighting. We return fighting. Make way for Democracy! We saved it in France, and by the Great Jehovah, we will save it in the United States of America, or know the reason why.”

Have an ancestor who may have served with a New York unit during the war? You might be interested in checking out the New York’s World War I service cards, available online for free through the New York State Archives.