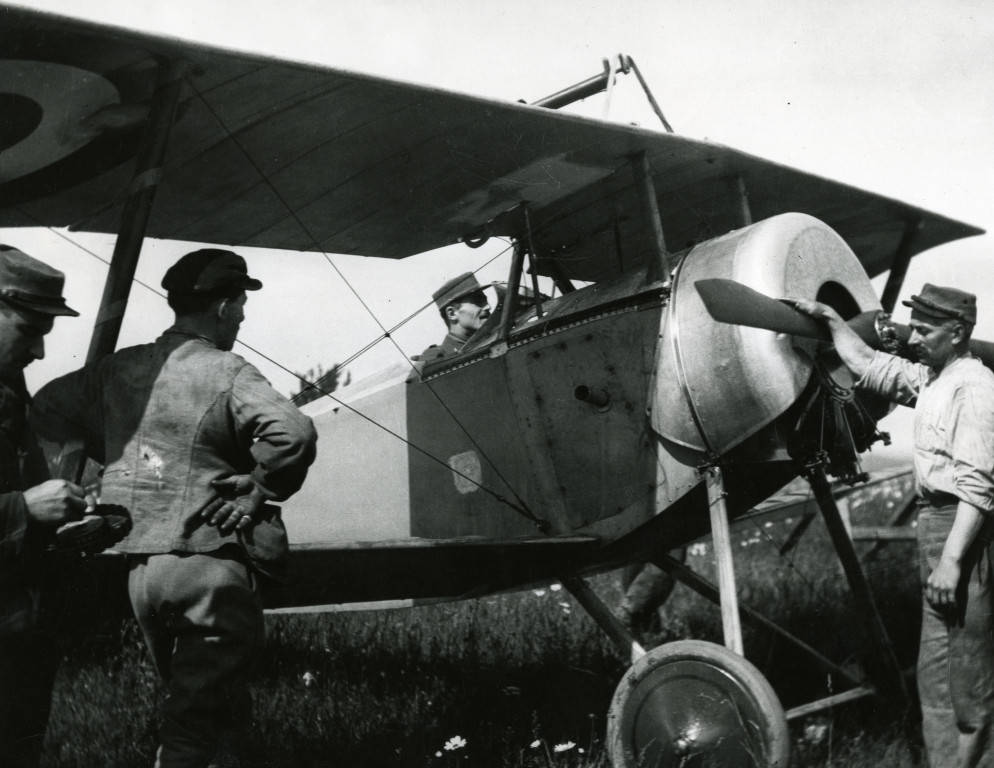 In our post last Thursday, we discussed two young men who joined Great Britain’s Royal Air Force because they were too young to serve in the U.S. Air Service. But there were other reasons that Americans volunteered to serve in the military forces of foreign nations. For three of the four North Carolinians who fought and died while flying under the French flag—Kiffin Rockwell, James McConnell, and Arthur Bluethenthal—the motivation was clear: they could not stand idly by as all of Europe descended into chaos. Though their country had determined to remain neutral, they would not.

The first of the trio to arrive in Europe was Kiffin. He and his brother Paul, a long-time resident of Asheville, joined the French Foreign Legion on August 21, 1914, the day France officially opened enlistment to foreigners. Entering the Legion just two months after the assassination of Archduke Franz Ferdinand, the Rockwell brothers were in such a rush to join the fray that Kiffin broke the news to their mother by letter. Hastily penned and mailed the day before their ship departed for Europe, the letter read in part, “You know I have always been a great dreamer, and I just couldn’t keep myself from this trip….” 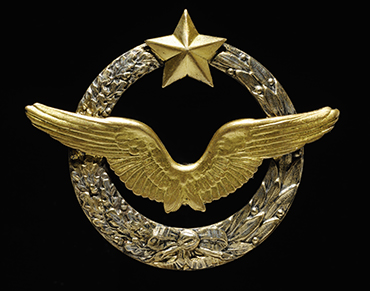 Following basic training, Kiffin was deployed to the front and remained in the trenches through the winter. In an assault on German lines near Arras, France, in May 1915, a German bullet tore through his thigh, effectively ending his stint as an infantryman.

Though he was likewise compelled to join the war by his own personal sense of duty, James McConnell, of Carthage, followed a different course to the battlefields in France. In January 1915, he became the first North Carolinian to join the American Ambulance Field Service, a motorized unit that specialized in transporting munitions and wounded. The twenty-seven-year-old was known for his wicked sense of humor and unflinching bravery near the lines; the latter garnered him a Croix de Guerre.

The Field Service dissolved upon America’s entrance into the war in 1917, but by then, McConnell had moved on. Despite his good work in the Field Service, he couldn’t help but feel the need to do more, to give more of himself to the fight. “The more I saw the splendour of the fight the French were fighting, the more I felt like…a ‘shirker,’” wrote McConnell in his book Flying for France. “So I made up my mind to go into aviation.”

In January 1916, McConnell reported to Pau, France, for flight school and soon joined Rockwell at Plessis-Belleville in northern France. Following his thigh injury near Arras, Rockwell had returned to his infantry regiment and, in September 1915, secured a transfer to aviation service. McConnell, Rockwell, and other American aviators in French service were organized into an all-American squadron known as the Lafayette Escadrille in April 1916. One month later, Rockwell scored the squadron’s first official kill.

The media couldn’t get enough of the American flyboys, and photographs and newsreel footage of McConnell, Rockwell, and the other pilots made the rounds, spawning a rush of interested volunteers. Despite the high mortality rate—Rockwell and McConnell were both killed in action before the United States formally joined the war—young men from across the nation came forward to volunteer for the French, necessitating the formation of a larger organization called the Lafayette Flying Corps. Joining the newest group of recruits was yet another North Carolinian, Wilmington native Arthur Bluethenthal.

Following his tenure with the American Ambulance Field Service, Bluethenthal joined the Flying Corps with aspirations of flying “avions de chasse”—airplanes of pursuit—like McConnell and Rockwell. His stocky, football physique, however, rendered him too large for service as a fighter pilot. Instead, the corps placed him in a bombing squadron as an observer, assigning him to Escadrille 227, a reconnaissance squadron, where he piloted a two-seat Breguet bomber.

While directing artillery fire in the Somme sector near Coivrel, France, on June 5, 1918, Bluethenthal and his passenger were surprised by a German fighter pilot. The Bluethenthal family did not receive the particulars of Arthur’s death—that his bomber fell out of the sky in flames that day—until August 20. “He was an excellent pilot, full of courage,” a French officer telegraphed, “a splendid officer from every point of view.”

The state’s last pilot to join the Lafayette Flying Corps also happened to be its youngest. Washington native James H. Baugham was the only North Carolinian to enter the French flying service with prior experience as a pilot, having graduated from the Curtiss Aviation School in Newport News, Virginia, in the spring of 1917. Too young to join the U. S. Air Service, the determined teenager travelled to France where he joined the Lafayette Flying Corps on July 10, 1917. Following six more months of flight instruction, Baugham was assigned to Escadrille 157, a pursuit—or fighter—squadron.

Four days after transferring to Escadrille 98, the fearless Tar Heel engaged, without support, three enemy aircraft in the vicinity of Villers-Cotterets. Baugham put up a fierce fight but was forced to withdraw towards French lines after suffering a mortal wound and severe damage to his aircraft. He died in a French hospital the following day, July 2, 1918, at age nineteen. Officially credited with two kills, Baugham is North Carolina’s most accomplished native-born fighter pilot to fly for France. His meritorious service earned him a Croix de Guerre with palm and the Medaille Militaire.