From Racetrack to Runway 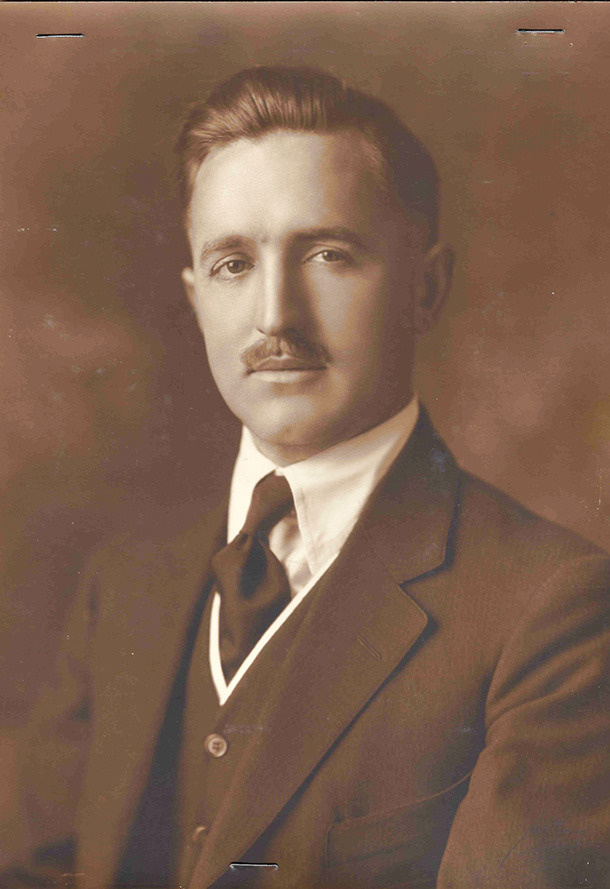 Paul Nissen Montague was a bit of a renaissance man. Born in Winston-Salem in 1890, he entered into a world on the cusp of a mechanized age. Horse and buggies gave way to automobiles and motorcycles. Street cars shuttled urban dwellers expediently through city streets. Technological advancements ushered in a dramatic shift in labor, luring North Carolinians off the farm and into more stable, wage-paying jobs in manufacturing.

Paul could not have been better suited to the times, forming in his youth a love for all things mechanical. Following a few years of academic coursework at the University of North Carolina, Paul returned home and took a job with his mother’s family at the Nissen Wagon Works. Restlessness, however, soon set in. Basketball, tennis, skating, hiking, acting, sailing…he tried it all but nothing seemed to quell his thirst for adventure and excitement. Social gatherings—dances, costume parties, yacht outings, and more—consumed his weekends and holidays, but it all seems to have left him wanting.

By 1910, however, he had found his passion: the automobile. For Paul, cars were more than a hobby, and in 1911, he partnered with his grandfather George E. Nissen to open the “largest and finest garage between Washington and Atlanta” where he sold the best cars available at the time: Fords, Marmons, Overlands, Waverly electrics, and Stoddard-Daytons. Tires, oil, repair parts, and more rounded out the garage’s offerings.

Even when he was away from the garage, Paul was completely absorbed in the new world of the automobile. He took up long-distance racing, setting new auto-touring records to various points in the state, and in 1911, served on the city’s four-man team in the Glidden Tour—a cross-country tour organized by the AAA to demonstrate the reliability of automobiles in long-distance travel. Paul eventually transitioned over to track racing as its prominence rose, and while his lead foot won him many races, it could also get him into trouble. He was cited for speeding on more than one occasion.

By the summer of 1916, the lure of fast cars had waned a bit, and Paul was again in search of something exciting. Local newspaper editors, astonished that he had “not yet become a victim” of the automobile, reported Paul’s newest obsession: airplanes. Not only did Paul determine to take up aviation, but the daring entrepreneur had jumped right into the deep end by building his very own airplane from scratch. Paul, to his credit, was not reckless in his new venture, attending aviation schools in Boston and Newport News, Virginia, for formal flight training. 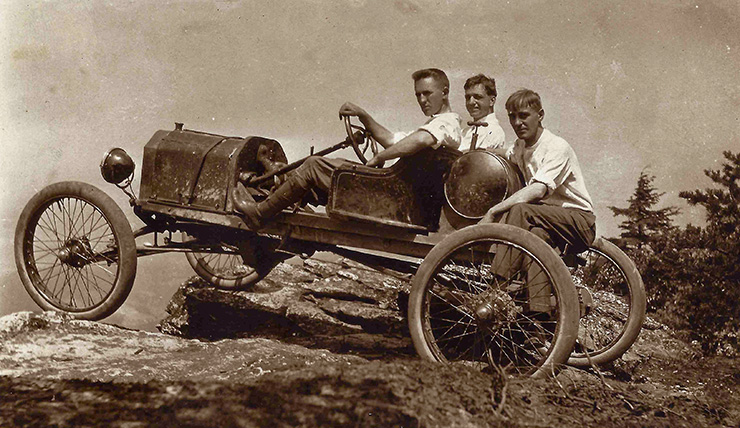 That November, Paul joined the newly organized Enlisted Reserve Corps to pursue military flight instruction. The twenty-six-year-old spent the first five months of the United States’s involvement in the war at Chanute Field, outside of Rantoul, Illinois, providing introductory training to would-be aviators. In September 1917, he was called into active service, commissioned a first lieutenant, and assigned to the 95th Aero Squadron, 1st Pursuit Group.

Paul landed in France by the end of the year but was held in reserve until mid-May, 1918, when he was called up to the front in the Chateau-Thierry sector and got his first taste of combat. He wrote home of engaging and shooting down the enemy, of the explosion of anti-aircraft shells all around him, of landing despite having his tail and wings shot to pieces. Others were not so fortunate. In later years, Paul recalled a point in the war when funerals for his fellow pilots averaged one per day. “Few attended or looked at a corpse,” he remembered. “It wasn’t that we were hard. It was just that it wasn’t good for our morale. A comrade was gone. He had done his part. Luck had not ridden with him that day. We held his sacrifice sacred, but put him out of our minds.”

But not even Paul could avoid the dangers of soldiering in the skies. On July 31st, after just six weeks on the front, Paul took to the air in his 220 horsepower SPAD monoplane. In the course of his patrol, he came across three allied aircraft being attacked by seven German Fokker biplanes, most likely the D.VII, a fast and feared fighter. Despite the Germans’ superior numbers, Paul joined the fray. In the dogfight that ensued, a particularly relentless German pilot got the better of Paul, peppering his propeller and gas tank with bullets. Paul’s aircraft went down fast, preventing him from gliding back to friendly lines. If Paul had thought his ordeal was over when he crash landed in German territory, he was in for a rather rude surprise.

As soon as he climbed from the wreckage, his German attacker was on his heels again, lighting up his aircraft with machine gun fire until its crippled frame burst into flames. Astonished, Paul watched as the German made a sharp turn in preparation for another pass. This guy was just not giving up. Paul beat feet in the opposite direction, hoping to win the race of a lifetime. Could he outrun his competition again, just as he had in his car racing days? No, not this time, but fortunately for Paul, it turns out that the pilot wasn’t aiming to kill him but rather just steer him into the hands of nearby German troops. How his heart must have sank when they took him prisoner. 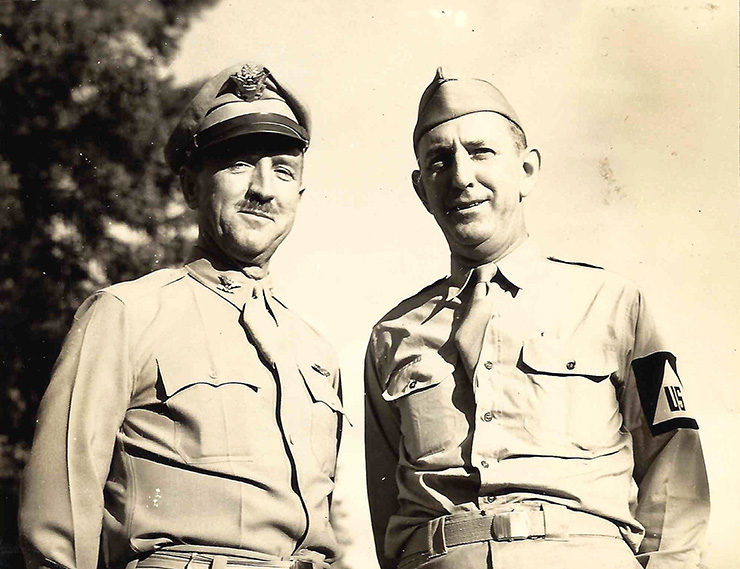 Within the first three days of captivity, Paul contracted dysentery, most likely caused by contaminated food or water, and lost an alarming twenty-five pounds in just four weeks. After a month of being shuttled from camp to camp and base to base, the American finally landed at what would be his prison home until his release following the Armistice. For about a month, his poor parents knew only that he had been shot down and was missing in action. Word arrived towards the end of August that Paul had been taken prisoner, but it wasn’t until mid-September that they finally received word from their only son: “prisoner, Camp Karlsruhe, well.”

On November 29, following four months as a prisoner of war, Paul was finally released. He was one of twenty-one casualties suffered by the 95th Aero Squadron during the war, a list that also bore the name of President Theodore Roosevelt’s youngest son Quentin, who was killed in action on July 14, 1918.

The charismatic lieutenant was honorably discharged from the service on February 4, 1919, and returned home to Winston-Salem where he married Juanita Davis, of Fayetteville, in a small ceremony later that year. You might think that after such a harrowing ordeal Paul would be disinclined towards the service, that he’d settle down and let other men serve in his stead when war reared its ugly head again in 1941, but you’d be wrong. When his country came calling a second time, Paul didn’t hesitate to take a leave of absence from the Wachovia Bank and Trust Company, trading in his suit and tie for the uniform of an officer in the U.S. Army Air Force.

At the very outset of the war, Paul was called into active service and assigned to the office of the Chief of the U.S. Air Corps in Washington, D.C. Following the Corps’ reorganization, Paul headed up the fiscal section of the air transport command with fellow Wachovia employee, Robert C. Merritt. By March 1945, Paul, having reached the rank of colonel, was again stationed overseas, overseeing as commanding officer an Air Transport Command unit based in Prestwick, Scotland. Following the war, he returned home to Winston-Salem and resumed his employment with Wachovia, retiring from the company as senior vice president in 1956.

Interested in learning more about Winston-Salem’s car in the 1911 Glidden Tour? I highly recommend this piece by the Forsyth County Public Library.