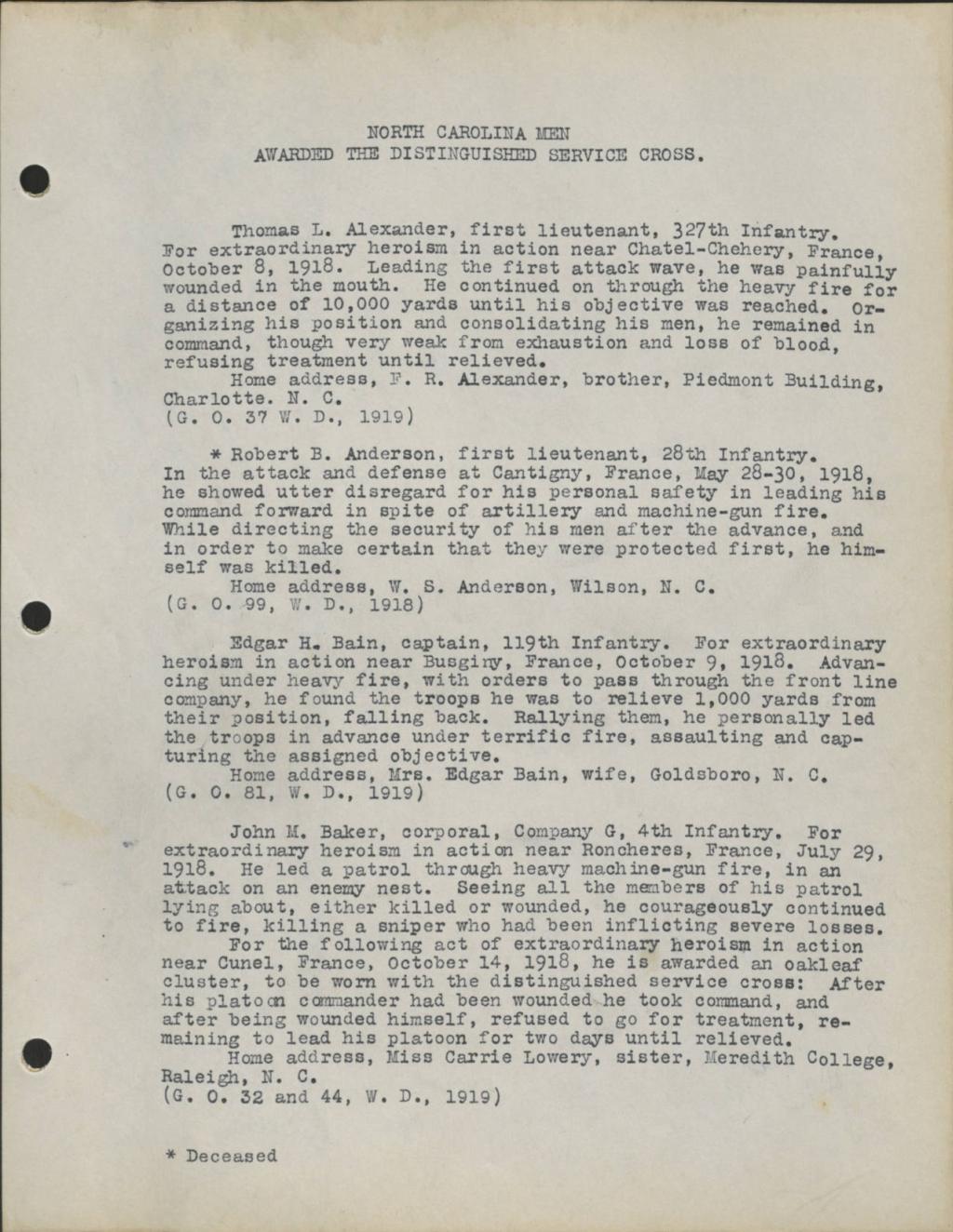 The War Records Collector and his limited staff used published booklets printed by the U.S. War Department with their official General Orders, produced during the World War I-era. From this, they created a list entitled “North Carolina Men Awarded the Distinguished Service Cross.” The format of the award sketches in the General Orders that were copied by the Historical Commission contain the following information: person’s name; personnel’s rank and company; explanatory note of the event leading to the award; the service individual’s home address; and the reference to the General Order the excerpt is pulled from. For example, the following reference from one of the award sketches reads: (G.O. 37, W.D., 1919), which means this particular award was mentioned in General Order (G.O.) 37, from the War Department, published in 1919.

This list is organized alphabetically by the service individual’s last name largely (though the last nine pages are not in a particular order as the list was continually added to). It is unknown if the list is complete, as it was a compilation compiled by hand over an extended period. The entire Distinguished Service Cross Awardees list is available for viewing online in the WWI digital collection on the North Carolina Digital Collections (NCDC), a joint effort of the State Archives of North Carolina and the State Library of North Carolina. 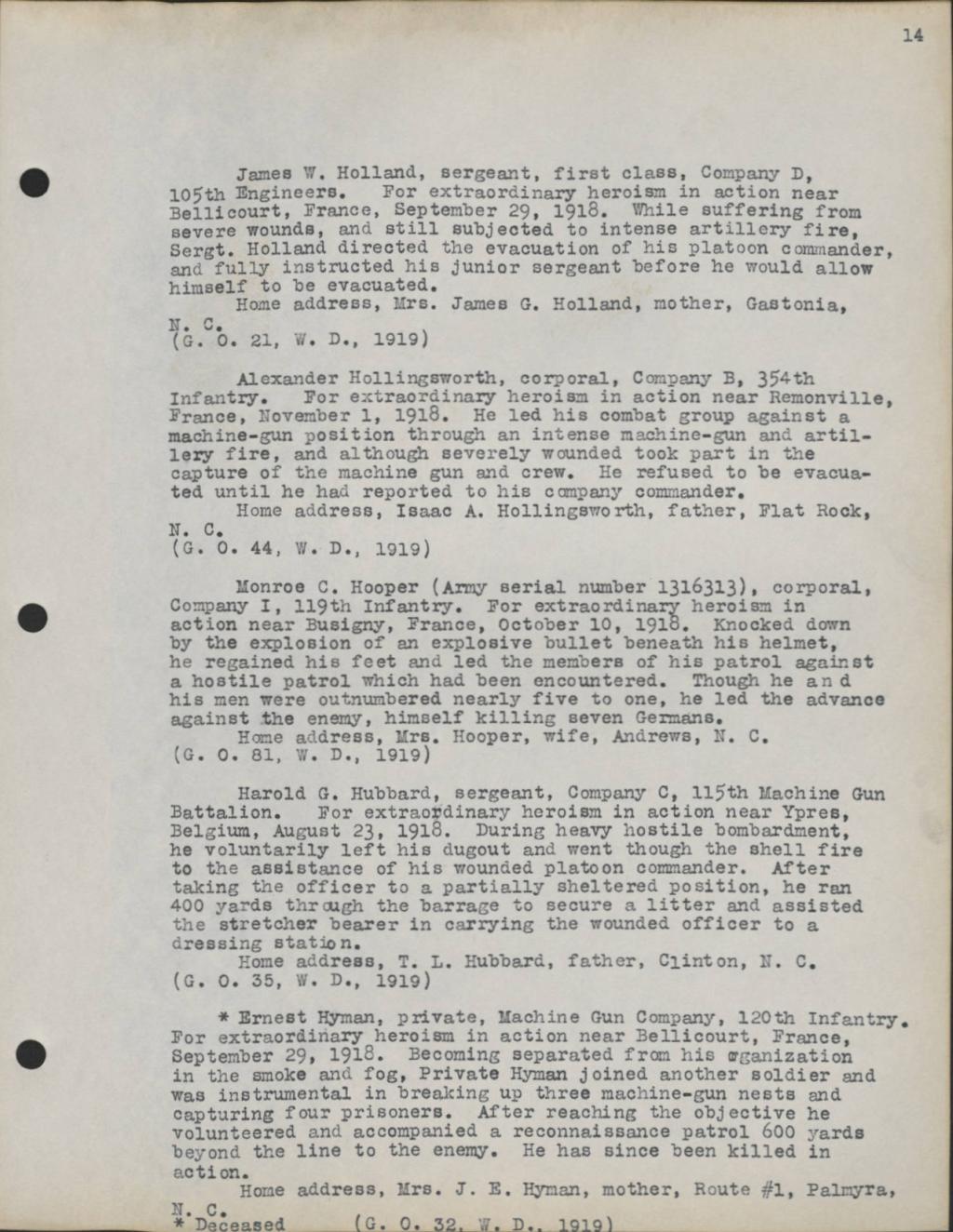