Edgar Neel Linker was born in Iredell County, North Carolina on June 27, 1897, to Wade Hampton and Margret Jane (who went by “Jennie”) Linker. Wade Linker was a farmer. Linker was the oldest of seven children, which included Mary Elizabeth, James, Charles, Hazel, Robert, and Ray. 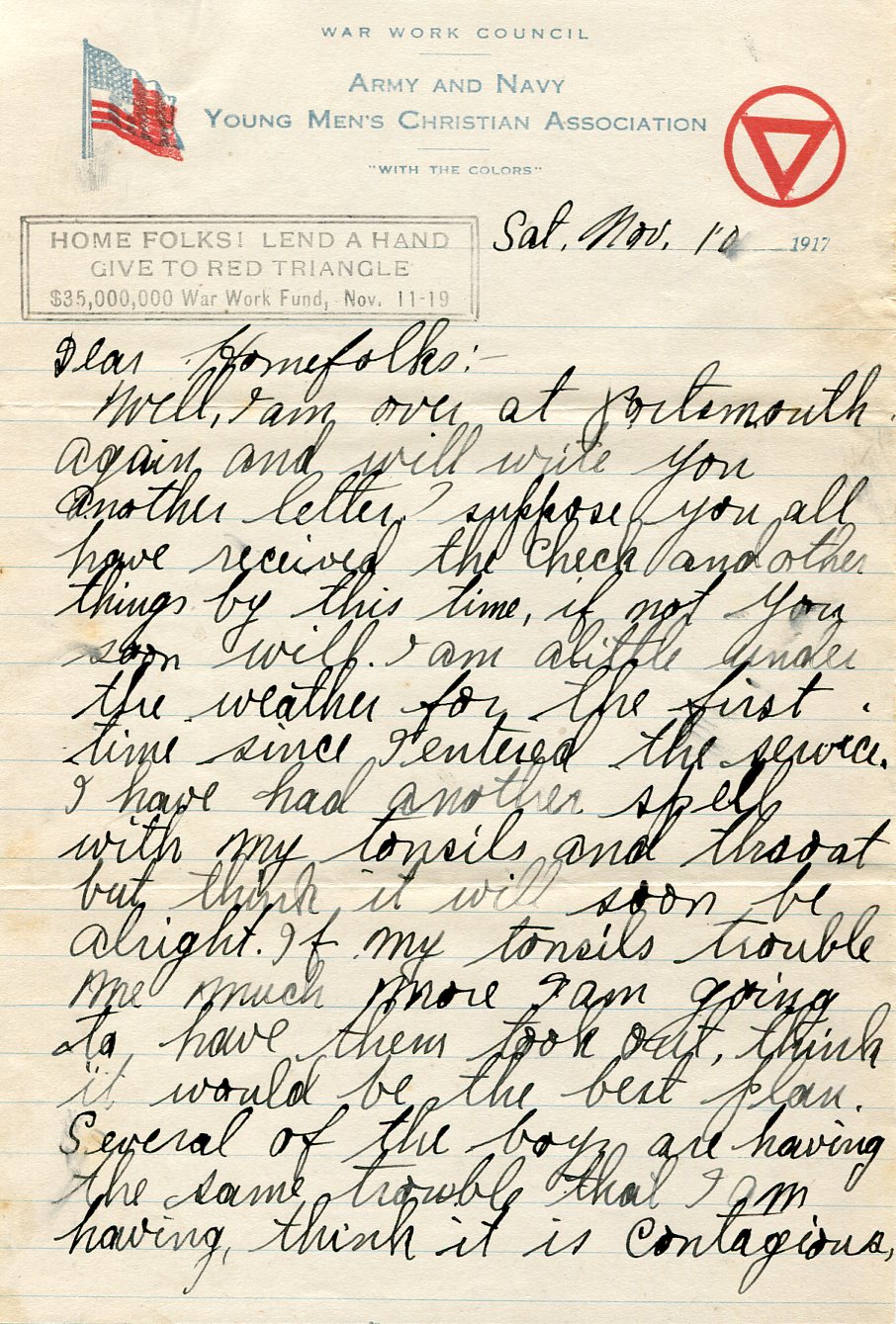 After his training, Edgar Linker reached the rank of Fireman Third Class, and was assigned for duty aboard the USS Des Moines (C-15), a protected cruiser of the Denver class. The Des Moines would have protected troop transport ships from Germany U-boats and mine fields while in convoys between the United States and Europe. According to letters from Linker, the Cruiser also helped transport troops to and from Europe. Linker served aboard the Des Moines from October 1917 to April 2, 1919. During this period, he would reach the ranks of Fireman Second Class and Fireman First Class, respectively. Linker remained with the rank of Fireman First Class until his discharge. It appears that, with the Armistice in November 1918, that Linker and the Des Moines were stationed in New York City until his formal discharge from active Navy service on April 2, 1919. Linker returned home to his family on April 3, 1919.

After the war, Edgar Linker returned home to live with his family in the Mooresville area of Iredell County, N.C., and worked as a clerk for a wholesale store by 1920. Linker married Grace A. Evans on November 28, 1922, in Iredell County. By 1940, the Linker family had moved to Davidson, N.C., where Edgar was working as a policeman at Davidson College. Linker and his family stayed in Davidson through the 1980s. Edgar N. Linker died in July 1984.

In 1918, Thanksgiving Day was November 28th. Edgar Linker and his shipmates had just received a 48-hour leave for the holiday. Being a Southern guy in the Big Apple for Thanksgiving may have been a challenge, if it were not for the hospitality of New Yorkers to the U.S. Navy sailors. In a November 1918 letter home just before the holiday, Linker writes about his upcoming holiday leave: 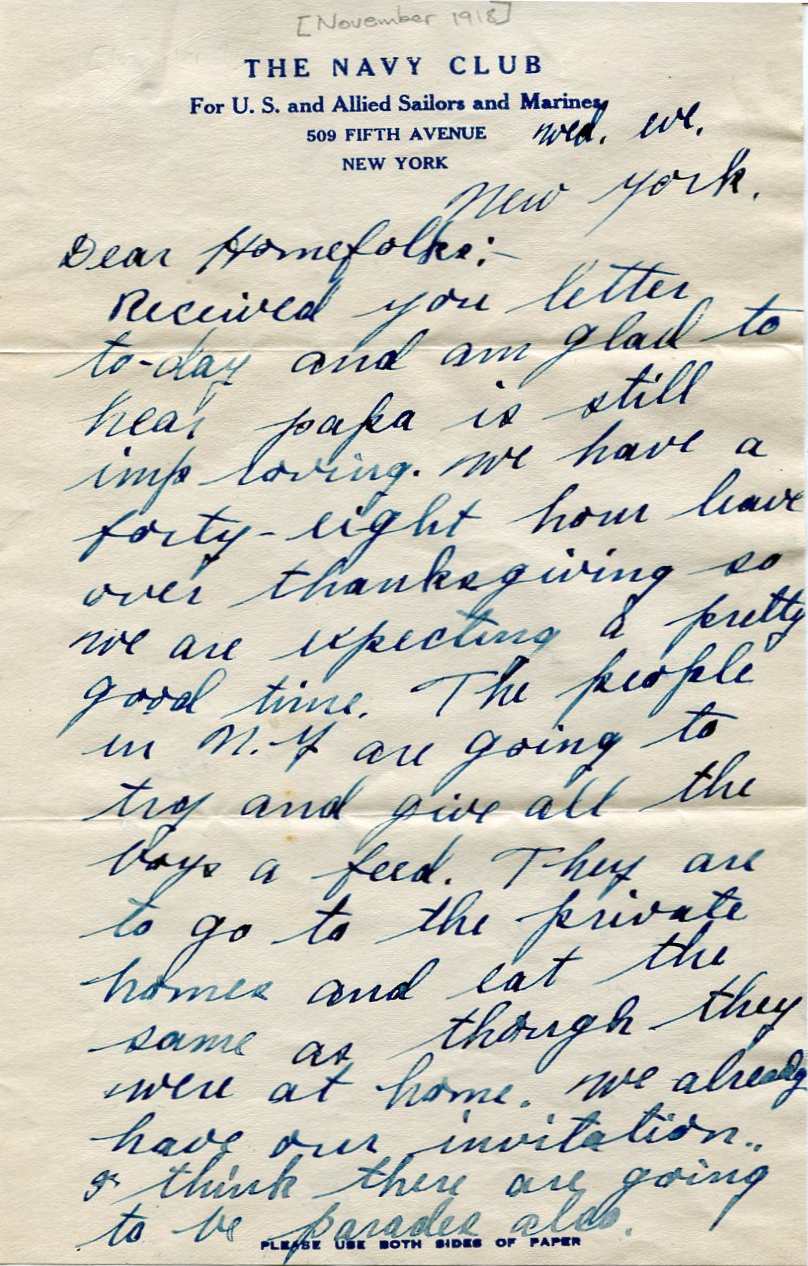 "We have a forty-eight hour leave over thanksgiving so we are expecting a pretty good time. The people in N.Y. are going to try and give all the boys a feed. They are to go to the private homes and eat the same as though they were at home. We already have our invitation. I think there are going to be parades also. If everything passes around alright everybody will be happy." 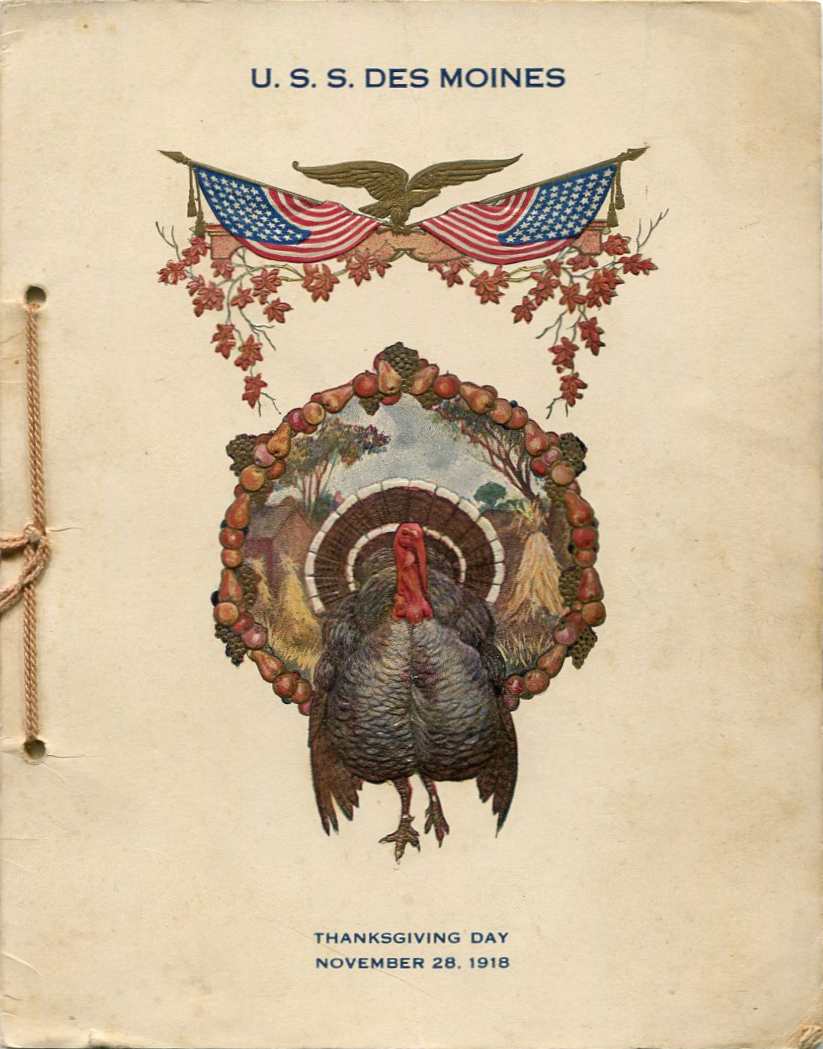 Linker's ship the USS Des Moines also had a special Thanksgiving meal for the crew of the ship, featuring roast Rhode Island turkey, Smithfield spiced hams, candied sweet potatoes and mashed potatoes, and mince pie. You can see in the attached scans of the entire menu for the meal. 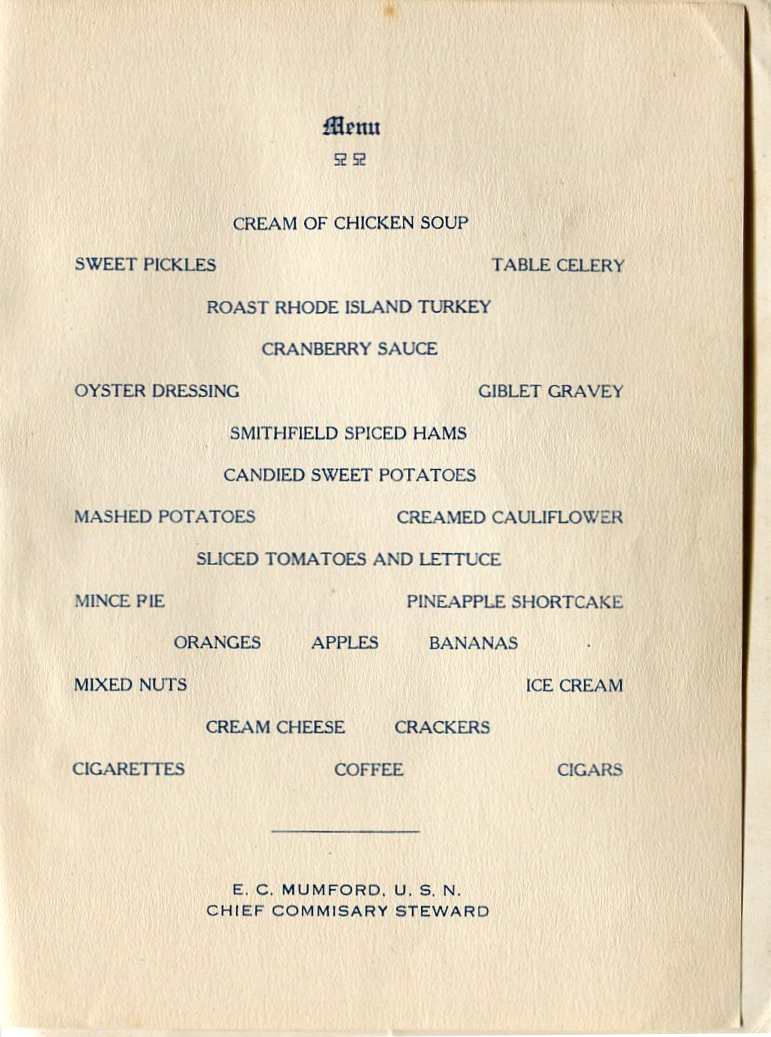 If you would like to try one of these official WWI U.S. military recipes like that eaten by Edgar Linker, the U.S. War Department's Manual for Army Cooks, 1916, provides the following complete recipe for candied sweet potatoes (see scan below):

From all of us at the N.C. Department of Natural and Cultural Resources, the "North Carolina in WWI" blog, and your WWI veteran ancestors, we wish you a Happy Thanksgiving.

You can explore Edgar Linker's life in the Navy by reading his letters in the Edgar N. Linker Papers (WWI 70) in the WWI Papers of the Military Collection at the State Archives of North Carolina, Raleigh, N.C.