"The Battle of Maxton Field"

On the night of January 18, 1958, a group of Ku Klux Klan supporters gathered near Hayes Mill Pond, in Maxton, North Carolina.  Led by James “Catfish” Cole, the rally was part of an ongoing attempt to intimidate the Lumbee Indians of Robeson County.  A larger group, made up of Native Americans from the county and the surrounding area, descended on the gathering and confronted the group. Massively outnumbered, the Klan supporters fled from the field and from that area of North Carolina permanently.  Surprisingly, no one on either side was killed. Popularly dubbed in the press as the "Battle of Hayes Pond,” the event triggered national media coverage of the Lumbee struggle and of white supremacist activity in North Carolina. 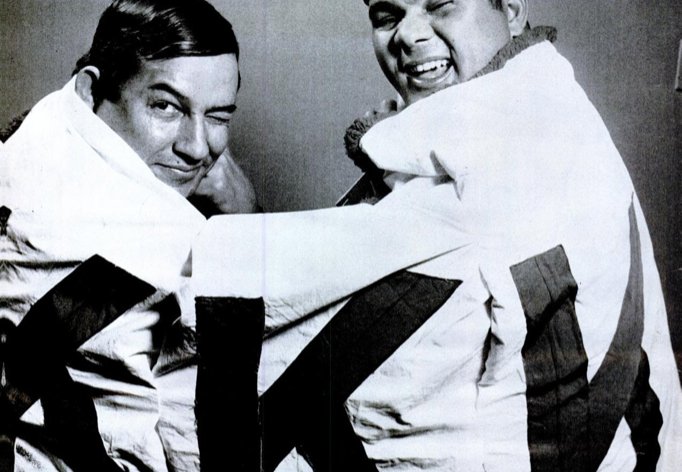 Concentrated in Robeson County along the Lumber River, the Lumbees have earned formal recognition as a tribe from the government of North Carolina, but not from the federal government. The origins of the tribe are unclear due to a lack of historical documentation, but several competing theories tie the Lumbees to other eastern North Carolina tribes and early English settlers, including the remnants of the “Lost Colony.” The demographics of the county in the mid-twentieth century played an important role in the events that unfolded at Hayes Pond. Both Robeson County and Maxton were growing in population, with a tri-racial makeup that led to a unique form of segregation:  American Indians in the county were considered “colored,” and therefore were classified with African-Americans. The Lumbee population did not agree; further, many white residents of the county were equally unsure of how to classify the Lumbee, and regardless of legal categorizations often in practice distinguished their Indian neighbors from black Robesonians.

According to an anonymous letter by “Women from the Maxton Community,” the white population of the area wanted the Klan rally to proceed as a means of “controlling” the town’s black residents, but had no problems with their Indian neighbors. In fact, however, the Klan activity in the county was prompted by rumors of a romantic relationship between a white man and a Native American woman in St. Pauls. This included the burning of a cross opposite the house of the Indian woman on the night of January 13, 1958, and another on the same night in Lumberton, near the home of a Lumbee family that had moved into a white neighborhood.

Klan membership and operations in North Carolina increased after the 1954 Supreme Court decision in Brown v. Board of Education that desegregated public schools. The Klan initiated a campaign of terror, seeking to reinforce Jim Crow laws that oppressed people of color, including American Indians in North and South Carolina. On October 5, 1957, James W. “Catfish” Cole, Grand Dragon of the Ku Klux Klan of South Carolina, organized a Klan rally in Monroe, North Carolina, which was disrupted by Union County’s NAACP chapter. This unexpected violent resistance prompted Cole to focus his attention on Robeson County. On January 18, 1958, the Klan arrived in Maxton to stage a rally. The meeting was broken up and routed by a much larger group of Indians. Numbers differ as to how many were involved, although it is generally agreed that the Klansmen and their supporters were probably no more than fifty, while the Lumbees numbered in the hundreds and perhaps even in the thousands. The action commenced when one of the Lumbees shot out the light bulb suspended from a pole over the Klan’s public address system. The Indians then opened fire. The outnumbered Klansmen did not offer effective resistance, although a few returned fire against the Lumbees. The affair was over in minutes. Many of the Klansmen fled the scene outright, leaving their families behind, and the remainder took refuge in their vehicles and had to be escorted out by law enforcement. Four Klansmen received minor gunshot injuries, but there were no fatalities. In addition, several of the Klansmen’s vehicles were physically damaged. Cole was subsequently arrested and convicted on the charge for having attempted to incite a riot.

Governor Luther Hodges responded immediately to the incident, denouncing the Klan for inciting violence. The governor’s criticism of the Klan may have resulted in a backlash that increased support for the organization, especially in the western region of the state. Klan activities against the Indians of Robeson County ceased, however, and at least one judge used the event in Maxton to justify the prevention of a Klan rally planned for March 1966.

The Battle of Hayes Pond represents a significant change in the fight for native identity and improved race relations. Interactions between the three major ethnic groups of Robeson County shifted as community members reevaluated long-held positions regarding their neighbors. Interest in the events of January 1958 continued in the years that followed. Folk singer Malvina Reynolds popularized the incident in her song “The Ballad of Maxton Field.” 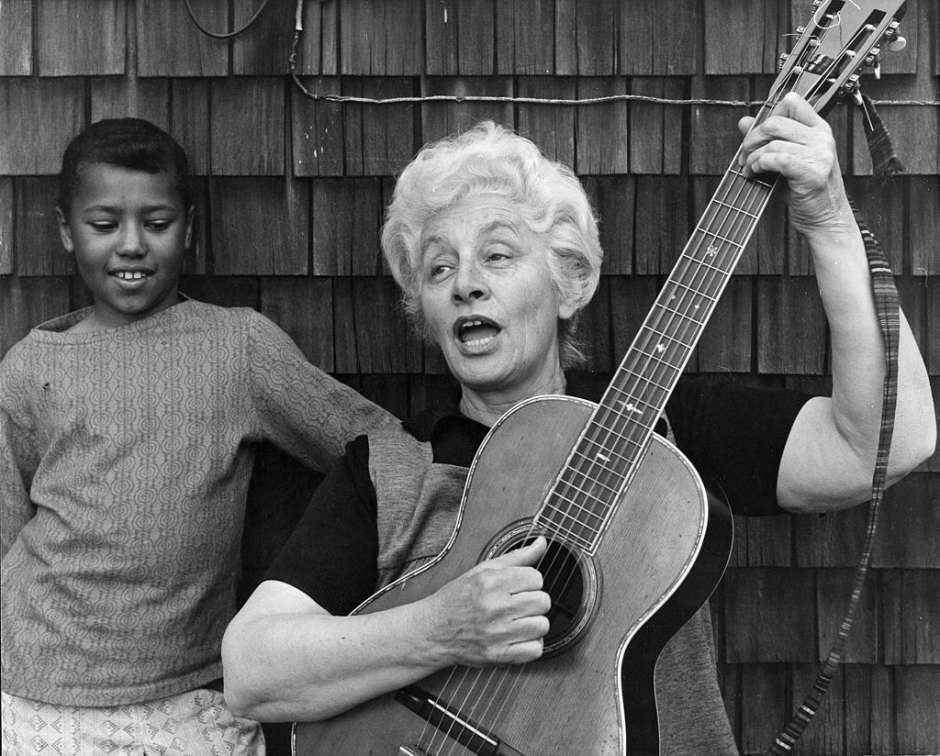 Reynolds was born into a Jewish Hungarian immigrant family, the Milders, in San Francisco in 1900. Her parents, who ran a tailor shop, were active in socialist politics. Malvina was denied a high school diploma due to her parents’ opposition to World War. She was able to enter the University of California at Berkeley with assistance from her high school teachers. She would go on to earn a B.A., M.A., and a Ph.D. at the university. While at Berkeley she became interested in folk ballads. Feeling strongly that the lyrics depended on the music for full impact, she began to perform the songs in class at the encouragement of her professor.

Malvina Milders had difficulty finding a job after she completed her undergraduate work, and rejoined her parents, who were by then residing in Long Beach. By this time the Milders had joined the Communist Party. As a result of fund-raising efforts for the defense of the Scottsboro Boys, the family was targeted by the Ku Klux Klan, who raided the family home on the night of November 17, 1932. The Klansmen attempted to kidnap the Milders but were interrupted by the coincidental arrival of the Long Beach police squad that kept tabs on leftist activists in the area. The Milders were rescued and sixteen Klansman were arrested, including some who were themselves members of the police force. Twelve were subsequently released, and although the four who went to trial were convicted, they received only six-months’ terms and $500 fines.

Following her marriage to Union organizer Bud Reynolds, Malvina became active in the folk revival movement in the late 1940s. She met Pete Seeger and through him became active in the presidential campaign of former U.S. vice president Henry Wallace, performing at his political rallies. She also began writing her own songs and continued as a folk performer after Wallace’s defeat. Although she did not release her first album until 1960, several of her songs were covered by other artists, including Seeger, Harry Belafonte, and the Seekers. She continued to perform until her death in 1978.

“THE BATTLE OF MAXTON FIELD”

Reynolds wrote “The Battle of Maxton Field” in 1958. According to her daughter Nancy

Schimmel, Malvina wrote the song at least to some extent as “revenge” against the Klan for the attempted kidnapping of herself and her family in Long Beach in 1932. The song humorously mocked the Klan, averring that history would long remember the day “When many a Klansman left the field/With buckshot in his pants.”  She recorded the song for her album Malvina Reynolds Sings the Truth (Columbia, 1967):

For the song’s lyrics, see http://people.wku.edu/charles.smith/MALVINA/mr011.htm