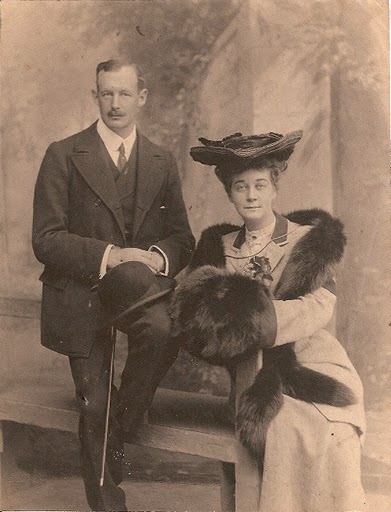 Ashevillian Madelon Battle Hancock may have been the first North Carolinian to join the war effort when she travelled to the frontlines in Belgium with the British Red Cross in mid-August 1914. Back in America, Madelon had been a well-connected socialite, the daughter of Samuel Westray Battle, a physician for the esteemed Vanderbilt family when they were in residence at Biltmore. The glamorous, gregarious young woman soon grew weary of the social scene and determined to attend nursing school at Presbyterian Hospital in New York.

While there, she entertained a number of eligible suitors but eventually settled upon a tall, dashing British military officer by the name of Mortimer Hancock. Shortly after Madelon’s graduation from the nursing program, the two were married in an elegant ceremony in Asheville that was the talk of the town. Their early married years were no less captivating, the young couple setting off for India where Mortimer’s regiment—the Royal Fusiliers—was stationed. Madelon never forgot her hometown roots, however, returning to Asheville and Tarboro each summer to regale friends and family with stories of her exotic escapades.

The handsome couple was living in England when Europe descended into the chaos of war. Mortimer’s battalion was immediately called up for service in Egypt, and Madelon, determined to put her nursing skills to good use, joined the British Red Cross. On August 13, 1914, she travelled with a British field hospital to the front lines in Belgium to care for the wounded, marking the beginning of four years of service. 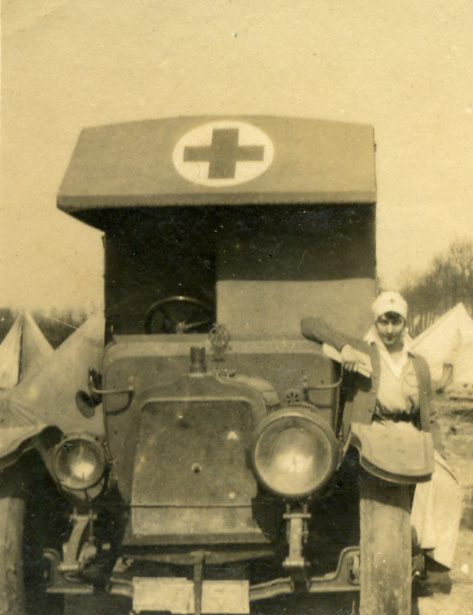 Wounded soldiers were time and again charmed by Madelon’s charisma and soon gave her the nickname “Morning Glory.” As time wore on, the name was shortened to “Glory,” a moniker she proudly used for the rest of her life.

Though the Hancocks would escape from the war with their lives, they were hardly left unscathed. Mortimer was seriously wounded in 1915, necessitating many months of recuperation before he was cleared to return to his unit. Madelon’s work near the lines exposed her almost daily to the dangers of chemical warfare, aerial attacks, and artillery barrages, all of which she miraculously survived.

But the war’s damaging effects extended well beyond physical afflictions. Before the decade’s end, Mortimer and Madelon separated. Madelon petitioned British courts for divorce in 1923, but the couple seemed to part on friendly terms. Following the separation, Madelon remained in Europe and established her home in Nice, France, where she died in 1930.