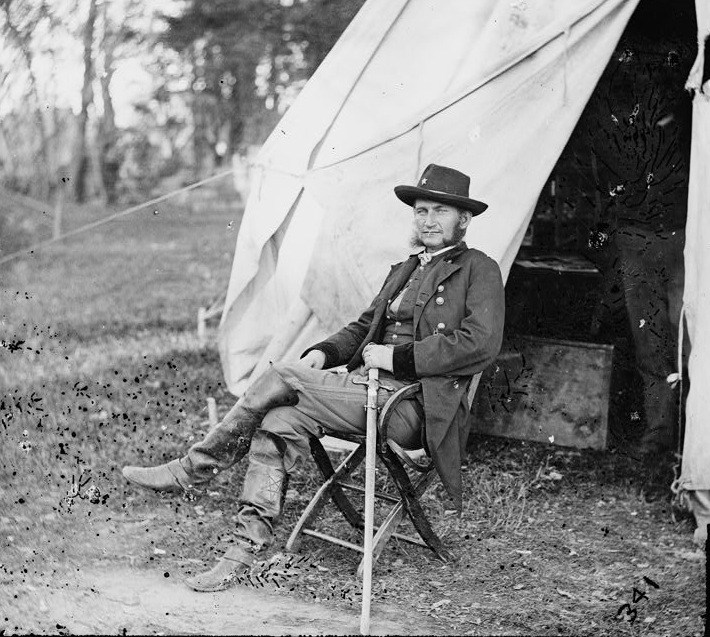 On the night of March 9, Kilpatrick’s division camped at Monroe’s Crossroads, in what is now Hoke County. Confederate cavalrymen led by Hampton approached the camp from behind and found the rear of it completely defenseless. They retreated to plan a surprise attack.

The next morning, Kilpatrick woke up early and stepped outside of the house in his nightshirt. At that point, Confederate cavalrymen charged through the camp. Groggy Federal soldiers rose from their bedrolls, clumsily took their weapons and headed for shelter. Still only in his nightshirt, Kilpatrick ran across the yard in his bare feet, mounted a horse and escaped.

Today, the battlefield site is an artillery impact area at Fort Bragg. The gravestones of Union and Confederate soldiers who lost their lives that day are hidden throughout the woods.