Beginning with book four, The Drums of Autumn, and season four of the TV series, Jamie and Claire Fraser, the series protagonists, spend much of their time in North Carolina. Two locations central to the series’ storyline – Tryon Palace in New Bern and Alamance Battleground in Burlington, site of the battle between the Regulators and Gov. William Tryon’s troops – are now preserved as State Historic Sites.

Several other DNCR sites are directly mentioned in the series, or share tangential themes of colonial life, frontier life and Native American culture. 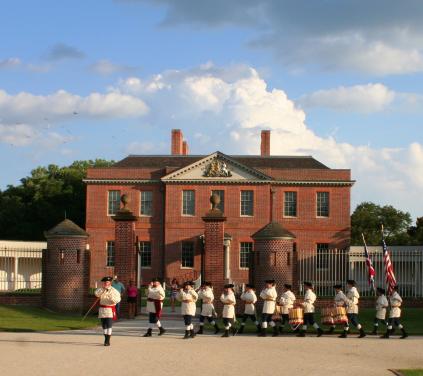 Royal Governor William Tryon served as colonial North Carolina’s 8th Governor from 1765–1771. Although an actual historical figure, Tryon was fictionalized and included in author Diana Gabaldon’s novels Drums of Autumn (on which Season 4 of Outlander is based) and The Fiery Cross (on which Season 5 will be based).

"For the most part, I could think of Governor Tryon with no more than a faint sense of edginess; he was, after all, safely tucked away in his nice new palace in New Bern, separated from our tiny settlement on Fraser’s Ridge by three hundred miles of coastal towns, inland plantations, pine forest, piedmont, trackless mountains, and sheer howling wilderness. With all the other things he had to worry about, such as the self-styled “Regulators” who had terrorized Hillsborough, and the corrupt sheriffs and judges who had provoked the terror, I hardly thought he would have time to spare a thought for us."

On May 16, 1771, nearly 2,000 backcountry farmers, who called themselves “Regulators,” confronted a 1,000-man royal militia of Colonial Governor Tryon. Dishonest sheriffs, illegal fees and heavy taxation had led the farmers to call for regulation of public officials. These so-called Regulators were mentioned in Drums of Autumn (on which Season 4 is based) and more prominently featured in The Fiery Cross (on which Season 5 will be based) when their discontent erupted into the ill-fated Battle of Alamance. The Battle of Alamance is the central theme in The Fiery Cross and was, arguably, one of the most important battles of Colonial North Carolina that created tensions that helped spark the American War for Independence. 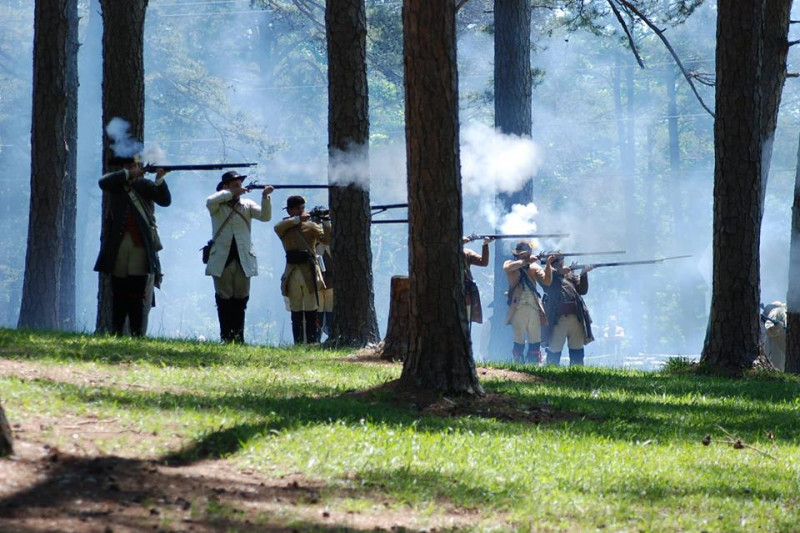 BRUNSWICK TOWN/FORT ANDERSON, Winnabow, NC
Mentioned in A Breath of Snow and Ashes

HISTORIC EDENTON, Edenton, NC
Mentioned in Drums of Autumn and The Fiery Cross

HISTORIC HALIFAX, Halifax, NC
Mentioned in Drums of Autumn and The Fiery Cross

CAPE FEAR HISTORICAL COMPLEX, Fayetteville, NC
This location was the historic epicenter of Scottish migration during the Colonial era. Fayetteville was once known as Cross Creek, mentioned in Drums of Autumn and The Fiery Cross.

Regulators -- On May 16, 1771, the Battle of Alamance was fought. The two opposing forces were colonial militia, under the command of Governor William Tryon, and a band of frontier citizens known as Regulators, who raised arms against corrupt practices in local government.

Herman Husband – A farmer, radical, author, and preacher. He is best known as a leader of the Regulators.

Hugh Waddell – General Waddell led provincial militia in support of Governor William Tryon, and therefore against the “Regulation” movement during the War of the Regulation. He did not take part in the Battle of Alamance due to having been encircled by Regulator militia near Salisbury.

Flora MacDonald – The subject of Scottish folklore and myth, Flora MacDonald assisted Prince Charles Stuart in his escape from King George II during the Jacobite rebellion. She only lived in North Carolina a short time.

The North Carolina State Archives blog, History for All the People, is documenting the world of Outlander through original documents held by the archives. Follow the blog to learn more about how Outlander connects to NC.