Nature and Culture at the Coast

Headed to the Outer Banks this summer? You'll find state parks, aquariums, historic sites and museums up and down the coast well-worth a visit during your trip, and many more a short distance from the beach perfect for a rainy day or an activity to get you out of the sun.

Unique Things to Do at the Coast

North Carolina's historic sites and museums at the coast showcase a broad swath of history, from a celebration of the England's first settlement attempt in the New World at Roanoke Island Festival Park in Manteo to the Battleship North Carolina in Wilmington, a memorial to the Pacific theater's most decorated World War II battleship, there's so much to explore.

At the N.C. Maritime Museum in Beaufort, you'll find artifacts raised from Blackbeard's flagship, Queen Anne's Revenge, while at the Maritime Museum's Southport location you can learn about other pirates that operated in southeastern North Carolina and the blockade runners active there during the Civil War. The Graveyard of the Atlantic Museum in Hatteras highlights the turbulent history of shipwrecks along the Outer Banks.

Civil War history comes alive at Fort Fisher, the spot of the largest amphibious attack in American history before D-Day, and Brunswick Town/Fort Anderson, an early colonial port that later became the site of a fort on the Cape Fear River.

Fort Macon State Park also tells the story of a Civil War battle and offers visitors the chance to enjoy one of the Crystal Coast's best beaches.

At the three North Carolina aquariums and Jennette's Pier you'll have the chance to meet the diverse creatures that call our state's coastal waters from home from alligators to sea turtles and everything in between. Dive shows, outdoor adventures and a rotating schedule of programs for the entire family promise even more fun.

Whether it's the Venus flytrap, found only in and around Wilmington or the Atlantic coast's largest living sand dune, the five state parks that dot the coast–Carolina Beach, Fort Fisher, Fort Macon, Hammocks Beach and Jockey's Ridge–provide pristine places to enjoy North Carolina's natural environment and offer an array of exciting activities including swimming, hiking, fishing and boating.

Check out the yellow pins on the map below to find the destination closest to your beach house, hotel room or condo.

If you're heading to beach down I-40/I-85 or U.S. 70 , be sure to stop at one of the many not-to-miss historic sites and museums just a stone's throw from the road

Not far from U.S. 70, heading east from Durham, you can explore the site of the largest of surrender of the Civil War at Bennett Place, see where the Duke family tobacco fortune got its start at Duke Homestead and vist the family farm of North Carolina's "education governor" at Aycock Birthplace. In Kinston, you can step aboard the deck of one of the few remaining Civil War ironclads at the CSS Neuse Civil War Interpretive Center, while in New Bern you can enjoy the spendor of Tryon Palace and the surrounding gardens, historic homes and museum. 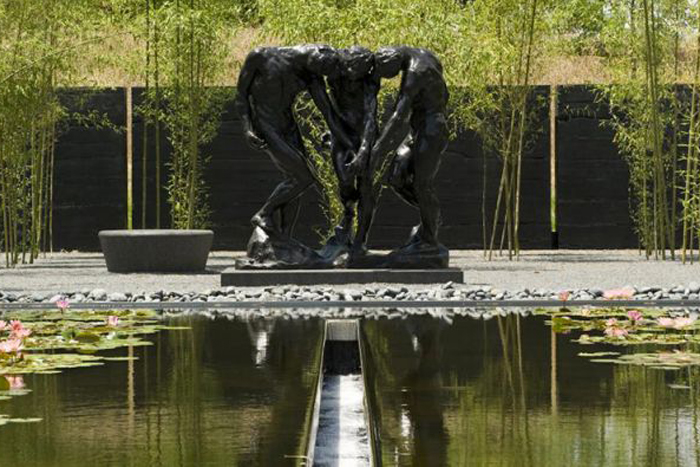 Heading east down I-85 and I-40 from Charlotte to the coast, you can take a ride on one of North America's few remaining roundtables at the N.C. Transportation Museum near Salisbury; step foot on the campus an early elite African American boarding school at the Charlotte Hawkins Brown Museum in Sedalia; and see cannons blast off at Alamance Battleground, the site of a pre-Revolutionary War rebellion.

If an outdoor experience is what you're looking for, marvel at grantie cliffs at Occoneechee Mountain State Natural Area near Hillsborough or enjoy a range of activites at Eno River State Park near Durham or William B. Umstead State Park in Raleigh.

As you make your way closer to the coast, be sure to stop at the N.C. Museum of Art in Raleigh, home to one of the South's premiere collections, and take a driving tour of the massive Bentonville Battlefied, the site of North Carolina's largest Civil War action.

Goose Creek State Park and Historic Bath, our state's first town, is right off U.S. 264. Near U.S. 17, you'll find Historic Edenton, one of the Tar Heel State's early commerical and cultural centers; the Museum of the Albemarle, which tells the story of North Carolina's northeast; and Dismal Swamp State Park, which showcases the unique Great Dismal Swamp.

Find the places along your route by checking out the green pins in the map below.

Find Fun Near You