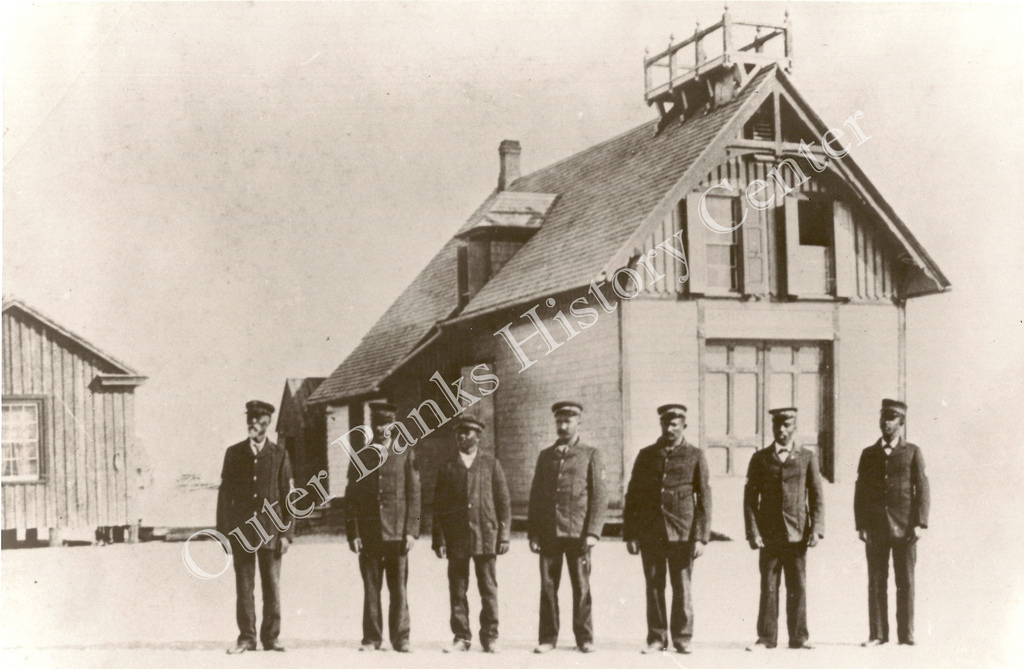 On October 11, 1896, the Pea Island Lifesavers, led by Richard Etheridge, rescued the survivors of the schooner E. S. Newman. The operation would prove to be the most dramatic in their many years of service to North Carolina’s Outer Banks.

The United States Lifesaving Service (USLS) established 18 stations along the Outer Banks in the late 1870s and early 1880s. Black veterans of the Civil War-era United States Colored Troops found work in the stations not only as cooks and stewards, but also as lifesavers, known as surfmen.

In 1879, a ship wrecked near Pea Island and received no assistance. When the survivors reached shore, they found the surfmen of the Pea Island station fast asleep. An inquiry by the Lifesaving Service found the members of the all-white crew grossly negligent, and the entire group was fired.

In their place, the senior inspector suggested the appointment of a local African American veteran, Richard Etheridge, as the new station keeper. A former army sergeant he proved exceptional at his job, Etheridge hired a crew composed mainly of veterans with whom he had served.

Until its closing in 1947, Pea Island remained the only all-black facility in the United States Lifesaving Service.

Visit: The Outer Banks History Center in Manteo and the Graveyard of the Atlantic Museum in Hatteras tell the stories of the Outer Banks.