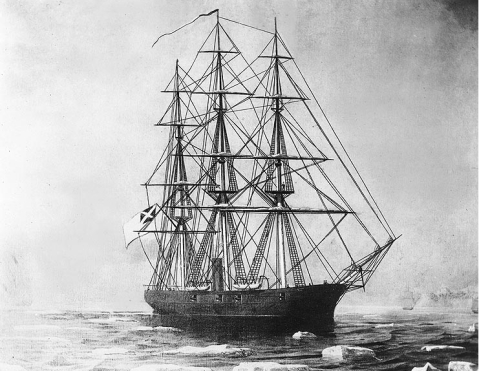 On November 6, 1865, the CSS Shenandoah lowered the Confederate flag and James I. Waddell surrendered command of the vessel to British authorities in Liverpool. The surrender came a full six months after Robert E. Lee’s surrender at Appomattox. In that time, Waddell, a native of Pittsboro, had led his men on the only circumnavigation of the world by a Confederate ship.

The CSS Shenandoah was a Confederate raider, and as such, its objective was to destroy Union merchant ships. The Shenandoah captured thirty-eight Union vessels and took more than 1,000 prisoners of war while it was in commission. The crew did not know about Lee’s surrender until June 1865 because of slow communication.  The Shenandoah captured twenty-five vessels between May 27 and June 28.

Waddell received official word of the Confederate defeat while approaching San Francisco in August 1865. Directing his ship southward to avoid American retribution for unintentional acts of piracy, he rounded Cape Horn and sailed for England during the fall of 1865, where he surrendered in Liverpool.