The State Library of North Carolina is Founded 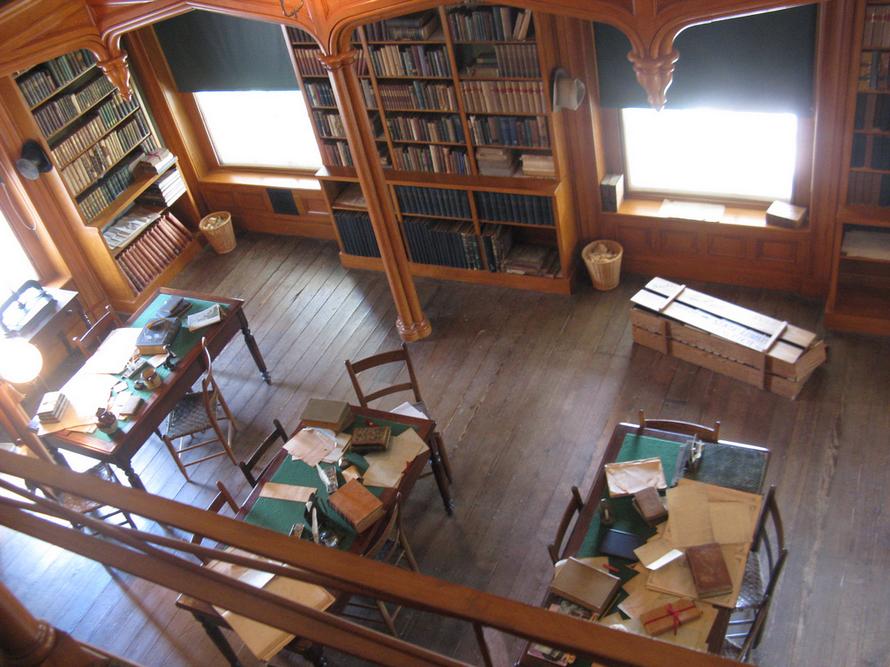 On December 25, 1812, the North Carolina General Assembly enacted the law that created what is now the State Library of North Carolina, to be administered by the Secretary of State.  The law called for the collection and safe keeping of books, documents, laws, acts and journals for the use of General Assembly members, state agency heads, and Supreme Court justices.

In 1831 most of the collection was destroyed in the State Capitol fire.  The new State Library, which included a copy of John Lawson’s History of Carolina donated by former President James Madison, moved into the new State Capitol in 1840, and had a full time librarian by 1843.

In time it became a lending library for the entire state, and participated in national and international book exchanges to enlarge the collection. State Librarian Carrie Broughton was the first female head of a state agency in North Carolina.  She expanded the collection, including the genealogy section, now recognized as one of the richest in the Southeast.

Still vital after 200 years, the State Library is the official repository for North Carolina government publications; provides information about North Carolina history, culture and demographics; and is a nationally recognized leader in digital initiatives.