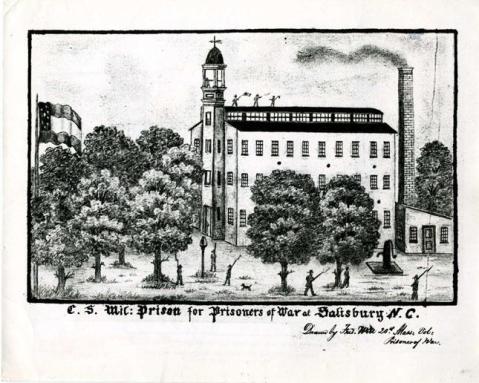 On February 26, 1865, ten miles northeast of downtown Wilmington, Union and Confederate forces began negotiations that saw a total of 8,684 Union soldiers (including 992 commissioned officers and 120 African American troops) exchanged for an unknown number of Confederate prisoners of war. Many of the Union troops had been prisoners at SalisburyPrison.

Gen. Ulysses S. Grant informed Secretary of War Edwin Stanton that an agreement regarding prisoners held by the warring armies was at hand. The negotiated agreement was completed on February 16 and word relayed to field officers and prison commandants.

Wilmington fell to Union troops under the command of Maj. Gen. J. M. Schofield on February 22, and the following day he sent word to his Confederate counterpart, Gen. Robert F. Hoke that he was prepared to receive prisoners of war “at the crossing of the Northeast Cape Fear River, on the main road from Wilmington to Goldsborough.”

Schofield assigned Brevet Brig. Gen. Joseph C. Abbott as his special agent of exchange. Abbott reported that the exchange of troops at that site commenced on Sunday, February 26, and took seven days.