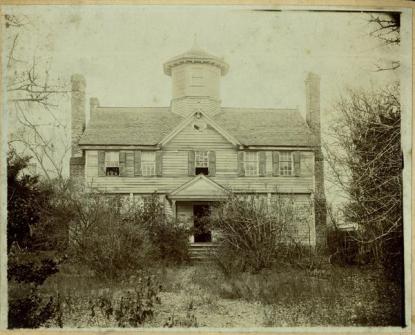 On March 10, 1918, Edenton residents formed the Cupola House Association, the earliest community preservation effort in North Carolina. The association hoped to save the structure from further demise after the owners sold interior woodwork to the Brooklyn Museum.

Originally built for Francis Corbin in 1758, the Cupola House is widely considered one of North Carolina’s most significant early dwellings. In 1777 Corbin’s heirs sold the home to Dr. Samuel Dickinson, whose heirs lived there for 141 years. Over time the house fell into disrepair as family funds became more limited and the environment took its toll.

The house became a National Historic Landmark - the highest status that the National Park Service bestows on historic buildings—in 1971.