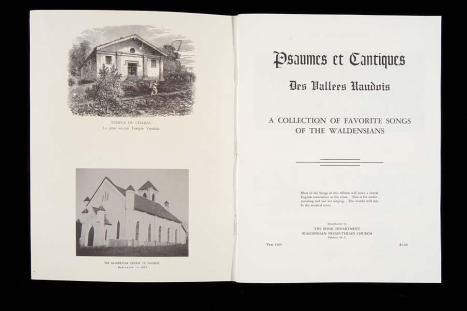 On May 29, 1893, the first Waldensian settlers arrived in Burke County. The Waldenses are a Christian sect founded in the 12th century. For many years the group was confined to a rugged area in the Cottian Alps along the boundary between Italy and France. During the 19th century, many Waldenses emigrated to North and South America to form missionary colonies, not because of religious persecution but because their small strip of land in the Alps was overcrowded. The largest North American Waldensian settlement was the one that grew up on 10,000 acres of land in Burke County.  It was named Valdese, which is Italian for Waldenses.

Valdese became a hub of the American textile industry in the early 20thcentury. The Waldensian Hosiery Mill was established in 1901 and the yarn factory, Valdese Manufacturing Company, in 1913. The establishment of a variety of factories, banks and stores solidified the prosperity of the mountain community.

Since 1967 an outdoor drama, From this Day Forward, has been performed each summer by Valdese’s Old Colony Players. The saga features authentic costumes and folk dances that highlight the heritage of North Carolina’s Waldensian settlers.