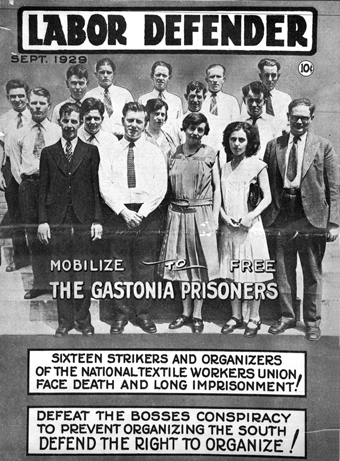 On March 30, 1929, workers at the Loray Mill in Gastonia began a walkout. Two days later, they called a general strike. At the time the five-story building covering more than a half-million square feet and was the world’s largest factory under one roof. Labor unions targeted it for organization because of its size, and the Rhode Island owners caused resentment by erecting a tall fence around the property and pressing for greater productivity.

The strike dragged on through the summer and fall of 1929. O. F. Aderholdt, Gastonia’s chief of police, was shot and killed in June. Ella May Wiggins, a ballad singer and union sympathizer, was killed in September. The strike and associated violence dealt a setback to union efforts, bolstering anti-union sentiment both locally and, owing to the wide press coverage, across the state and region.

Today investors are working to transform the old mill to residential use.

The area around the mill is currently listed on the National Register of Historic Places.