The Dogwood, the Cardinal, the Plott Hound, the Emerald 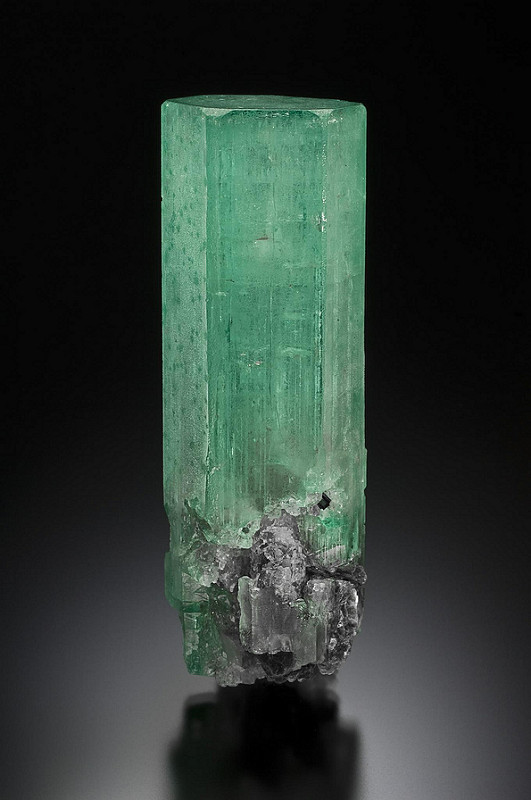 On June 28, 1973, the General Assembly designated the emerald as the state’s official precious stone.

Emeralds are a variety of the mineral beryl. Beryl is colorless in its pure state, but chromium turns beryl green. The aquamarine is blue beryl, and there are also yellow, light green, red and pink varieties. Beryl, in all its variety of colors, is found among mica, quartz and feldspar, all of which are abundant in the North Carolina mountains.

North Carolina is very rich in minerals. More than 300 varieties have been found—more than in any other state. North Carolina also has the largest emerald deposits found in the United States. Most of the mining operations for the gem are in Alexander and Mitchell Counties.

Check out NCpedia for more on the emerald and other state symbols.