Guy Owen and the Flim-Flam Man 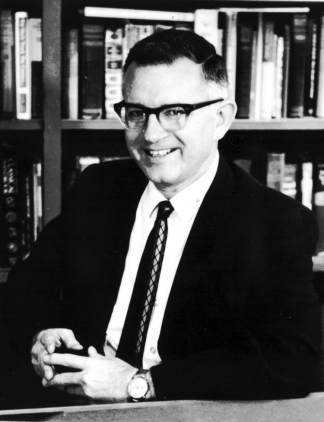 Born in Clarkton in Bladen County, Owen grew up on a tobacco farm. Years of clerking at his father’s general store provided the author with much eventual grist for his creative mill.

Owen enrolled at UNC in 1942, and after taking a three-year break from his studies for service in World War II, he earned bachelors and doctoral degrees in English. Brief teaching stints followed at Davidson, Elon and Stetson in Florida, before he joined the faculty at N.C. State in 1962.

Owen found his greatest acclaim as the author of The Ballad of the Flim-Flam Man, the tale of an aging confidence man. A bestseller, the book was adapted into a film in 1967 starring George C. Scott.  Mordecai Jones, the protagonist, appeared in two other books by Owen.

Today Owen is also remembered for his courses at N.C. State. He edited several anthologies of state and regional fiction, lectured and conducted workshops across the state and helped shape the state’s eventual literary renaissance.