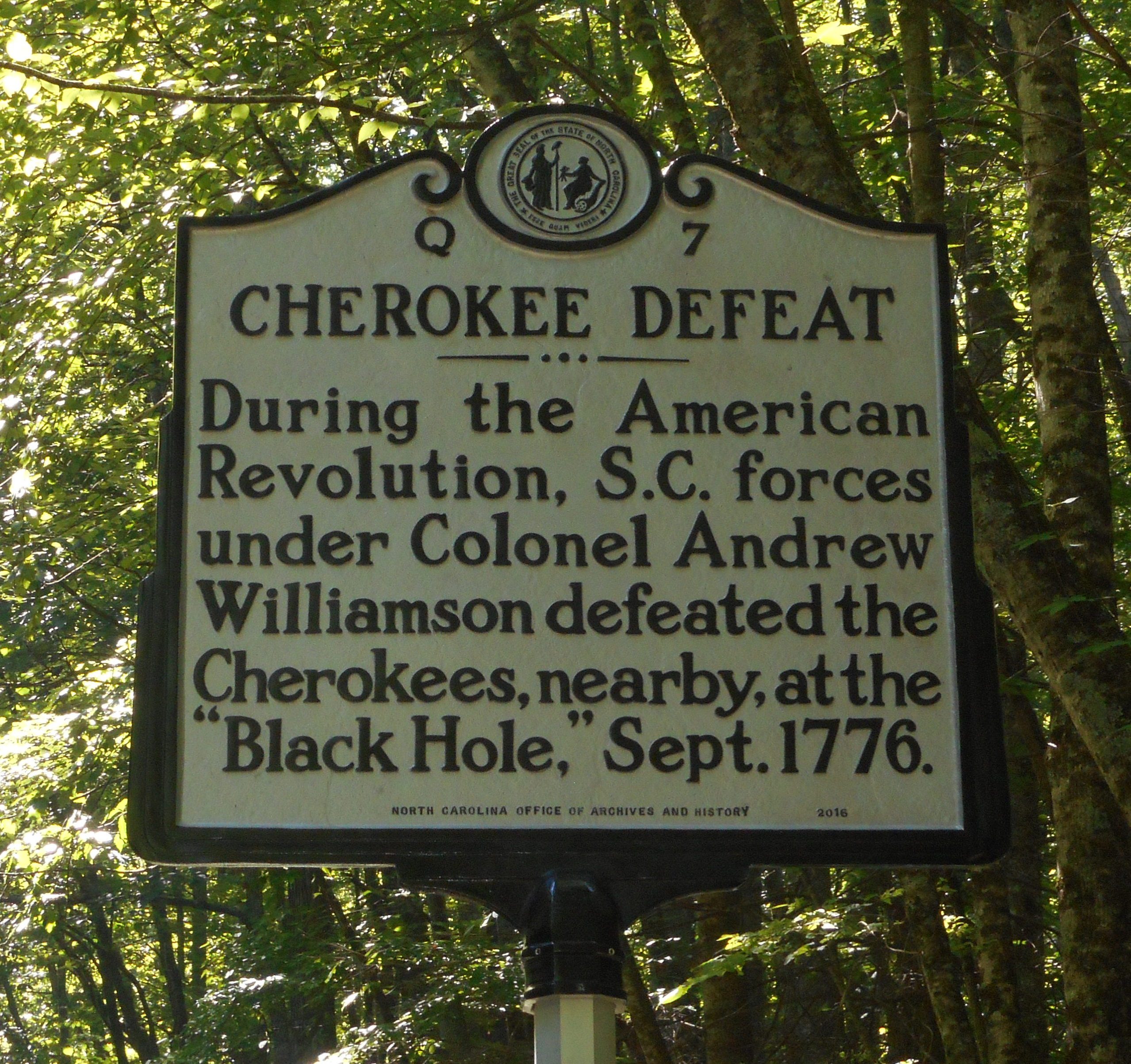 On September 19, 1776, troops from South Carolina defeated a band of Cherokee Indians in what is now Macon County. The battle took place in a mountain cove known as the “Black Hole,” and was coordinated with a larger effort, now known as the Rutherford Expedition, to punish the Indians for raids on white settlers in the area.

The conflict had its roots earlier that month, when Colonel Andrew Williamson led 2,000 South Carolina militiamen north into Cherokee territory in early September. As they came to the cove, his men marched into an ambush in a gorge. The ensuing battle lasted for nearly two hours. The militiamen were surrounded by Cherokee and forced into a circular formation, leading to the engagement being known in time as the “Ring Fight.”

Williamson eventually led a bayonet charge, driving the Cherokees from the field. Relatively few casualties were incurred. The Cherokee left four dead on the field; 11 militiamen were killed and 24 wounded.