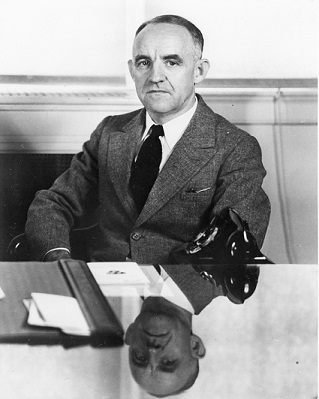 On October 14, 1886, Frank Porter Graham was born in Fayetteville.

In 1949, Graham resigned from the UNC system to accept an appointment to fill the vacant U.S. Senate seat caused by J. Melville Broughton’s death. Graham’s 1950 Democratic senate primary race against Willis Smith has become legendary for the mudslinging and posturing. He lost the primary but maintained a commitment to public service.

He returned to Chapel Hill where he died in 1972. The 1968 student union building at Chapel Hill bears Graham’s name.