Mystery of the Dare Stones 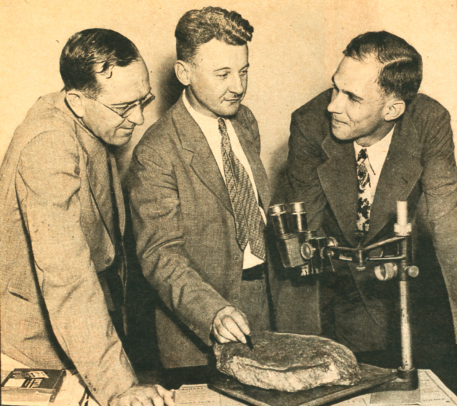 On November 14, 1937, a team of Emory University professors revealed the transcription of a message carved on a rock discovered by Louis Hammond in Chowan County earlier that year. The text of their transcription reads:

The message on what came to be known as the “Dare Stone” appeared to be Eleanor White Dare’s recounting of the fate of the Lost Colony from almost 350 years earlier. The Dare Stone’s authenticity is still debated, but the most recent study of the stone done by David LaVere at UNC-Wilmington leaned toward confirming its veracity. 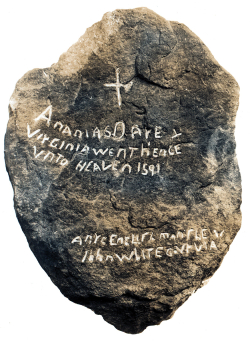 Not long after Hammond turned the stone over to scholars, he disappeared. Later efforts to find him or information about him proved fruitless. Since a number of events related to the Lost Colony, including the debut of a new outdoor drama by Paul Green, were underway to commemorate the 350th anniversary of the English attempt to establish a permanent colony in the New World at that time, some believed the stone to be a promotional stunt.

Complicating the authenticity questions were a number of other “Dare Stone” discoveries in scattered locations. These came to light after the public offer of a reward for such stones. All but the original are universally deemed to be forgeries.