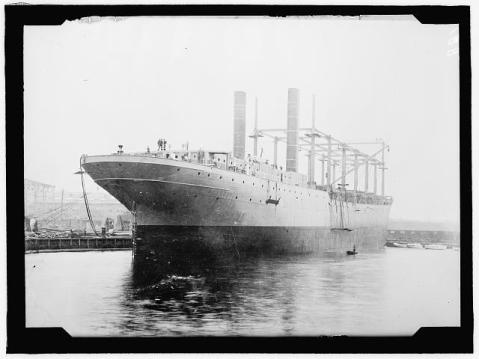 The Cyclops was last seen on March 4 at Barbados and was heading toward the port of Baltimore at half speed because of engine trouble. Radio contact with the ship was lost that same day. In April, more than a month after the Cyclops’s disappearance, Navy officials finally released the ship’s overdue status to the Associated Press. French and American vessels searched trade routes between the two ports but found no trace of the ship or its passengers.

Rumors regarding the ship’s fate spread rampantly in the media. Sabotage by the ship’s German-born commander, capture at sea, a German submarine attack and a sudden hurricane were all cited as possible causes for its disappearance. The true reason for the ship’s loss remains a mystery to this day, though many modern investigators have surmised the over-loaded ship, which had a documented problem with extreme side-to-side tipping, quickly sank in rough seas.

Visit: The Graveyard of the Atlantic Museum in Hatteras tells the story of North Carolina’s treacherous coast and high concentration of shipwrecks.