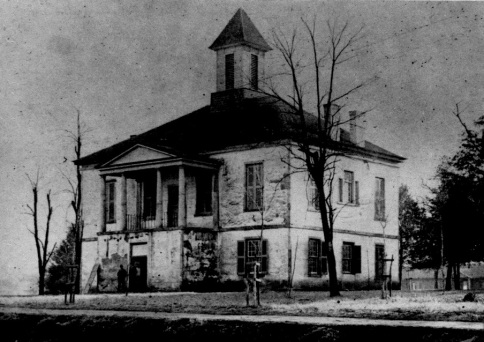 On October 21, 1851, Burke County legislator William Waightstill Avery called the life’s work of Samuel Fleming of Yancey County, his rival in the General Assembly, a “fraud.”

The argument started over a court case in which Fleming was battling over the estate of his deceased wife with her family. Avery, then a prominent attorney and political figure, was representing Fleming’s wife’s family.

Fleming was so outraged over Avery’s comments that he left the courthouse, bought a cowhide whip and proceeded to whip Avery with it. Avery was unarmed and a much smaller man than Fleming. The confrontation ended with Avery too weak to fight back, but came to a head again several weeks later when the two men crossed passed in a different courtroom.

As the pair entered the courthouse in Morganton, Fleming was hurling insults at Avery, who did not fight back. That is, until they actually entered the courtroom. While Fleming was finishing his business with the court clerk, Avery shot and killed him not five feet from the presiding judge.

Avery immediately surrendered himself to local authorities and his trial began days later. A week after the incident, the jury in his case found him “not guilty by reason of emotional insanity.”