The Durants of Durants Neck 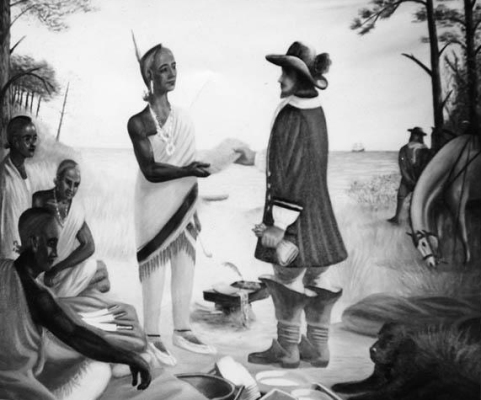 On January 4, 1659, George and Ann Marwood Durant, pioneer settlers of the Albemarle region of Carolina, were married.

By 1665 they were living on the peninsula now known as Durant’s Neck in modern Perquimans County.  George was instrumental in establishing a local government in an area overlooked and under-appreciated by the Lord's Proprietors; he even traveled to London to represent the interests of the colonists of the area. After not getting redress for his concerns, he was one of the chief leaders of the uprising known as Culpeper’s Rebellion in 1677.

Two years after he rebelled against the proprietors in London, Durant was one of the most influential politicians in the region due largely to his success in protecting the interests of the Albemarle region and Carolina more broadly. In 1679, Durant was appointed speaker of North Carolina’s first legislative assembly and also served as attorney general under Thomas Harvey. George died in 1693 or 1694, according to his will, which his wife administered.

In her husband’s frequent absence, Ann ran their plantation, often providing accommodations at their house for officials attending meetings of the Assembly and Council. In 1673, she became the first woman to act in the capacity of an attorney in Carolina. On at least 20 other occasions she appeared before colonial courts on behalf of herself, her husband, and others.