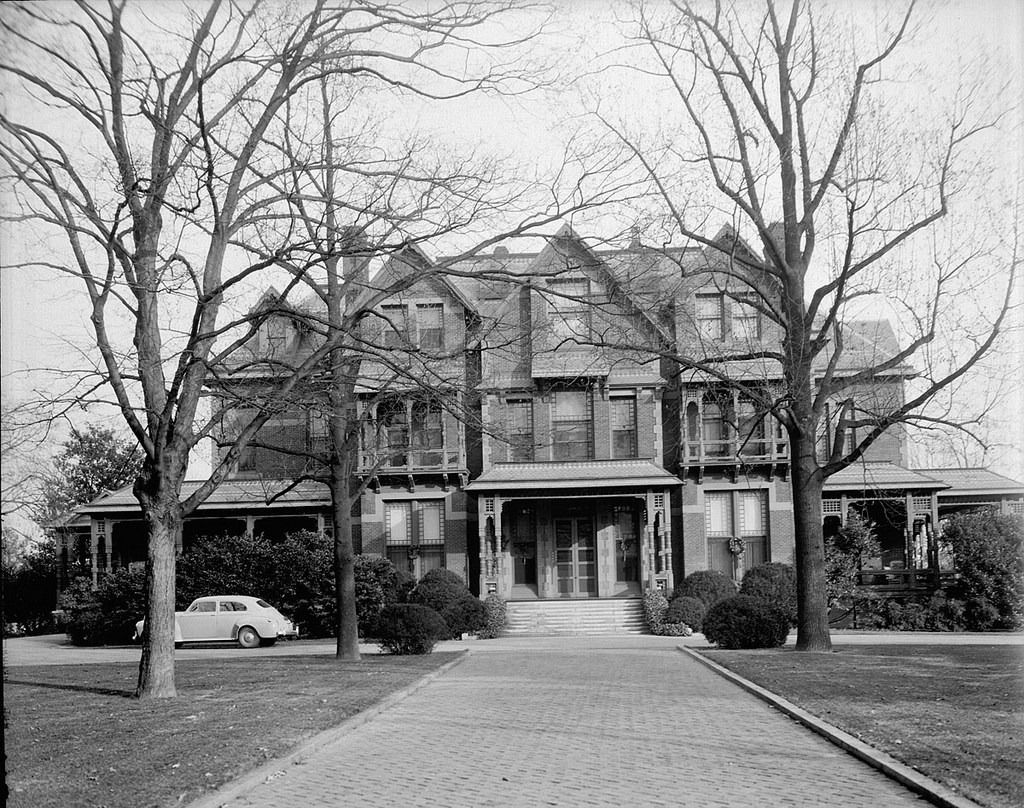 An exterior shot of the Mansion is held by the State Archives.

On January 5, 1891, Gov. Daniel G. Fowle, two years into his term, moved into the state’s new Executive Mansion before construction was completely finished.

Nine years earlier, Gov. Thomas Jarvis appealed to the General Assembly for a suitable Governor’s Mansion on Raleigh’s Burke Square, insisting that it was inappropriate for the governor to live in a hotel.  While he had no expectation that he would live in it, he hoped that his successor might be provided with a comfortable home, suitable for the office. The legislature was persuaded and authorized the construction of a new governor’s residence.

Work on the building was performed almost entirely with inmate labor and, whenever possible, building materials from within the state were used. The bricks were made from Wake County clay, the sandstone trim came from Anson County and the marble steps came from Cherokee County.

A magnificent example of the Queen Anne Cottage style of Victorian architecture, the mansion is noted for its turrets, porches, multicolored slate roof, and elaborate woodwork. The building was once described by President Franklin D. Roosevelt as “the most beautiful governor’s residence interior in America.”

Fowle enjoyed the new governor’s residence for only three months before his death in April 1891. The Executive Mansion has been occupied by 29 governors’ families.