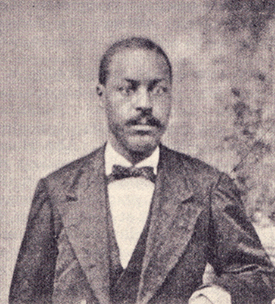 Image from the State Library.

On January 6, 1889, James Francis Shober, the first black physician with a medical degree to set up practice in North Carolina, died.

The son of an 18-year-old slave, Shober was born in the Moravian community of Salem in 1853. Circumstantial evidence indicates that his father was Francis Edwin Shober, an attorney, and congressman.

Educated first at Lincoln University in Pennsylvania, the younger Shober completed medical studies at Howard University in 1878. After graduation, he returned to his native state and began practicing medicine in his home in Wilmington, then the state’s largest city. As the only black doctor in a city of more than 10,000, he was quite busy.

Shober was active in his church and in the Old North State Medical Society, an association of African American physicians that is still in existence today. His life was tragically short; he died in 1889 at age 36.