Lewis Redmond, “King of the Moonshiners” 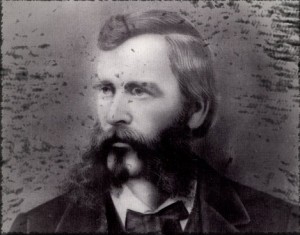 Duckworth was killed while serving a federal warrant on Redmond for the illegal manufacture and sale of distilled liquor. The crime marked the beginning of Redmond’s career as the legendary “King of the Moonshiners.”

Born in 1854, Redmond grew up during a time when the production of distilled alcohol was an additional source of income for many Southern farmers. In the post-Civil War South, many illegal distillers, or moonshiners, attempted to circumvent the payment of taxes on their products, leading to conflict with the Federal Bureau of Revenue.

Following the death of Duckworth, Redmond fled to Pickens County, South Carolina—to an area known as “Dark Corners”—where his moonshining and brushes with the law continued. His activities were fictionalized in a number of publications that gained him national status as a folk hero.

In 1879, he moved to Swain County where, two years later, he was captured and tried for violating the revenue law and for criminal conspiracy. He pled guilty and was sentenced to ten years in federal prison. Serving only a few years, he was pardoned in 1884.

For more about North Carolina’s history, arts, nature and culture, visit DNCR online. To receive these updates automatically each day, make sure you subscribe by email using the box on the right, and follow us on Facebook and Twitter..