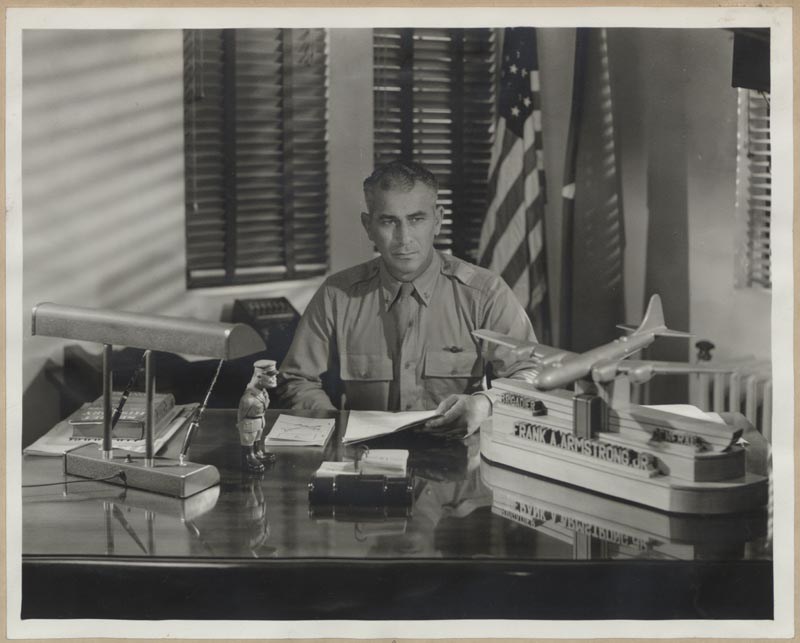 On August 17, 1942, Frank Armstrong led the first daylight bomber attack by the United States. He flew over Axis territory in occupied France and earned the Silver Star, a military honor for valor.

A native of Hobgood, and a graduate of Wake Forest College, Armstrong enlisted in 1928 as a flying cadet. He received and conducted bombardment training and, in 1940, witnessed the Nazi blitz bombing of London.

Armstrong’s involvement in the war did not end with the 1942 campaigns. In 1943, he led the first U.S. raids over Germany in a B-17 “Flying Fortress,” and, in 1945, he flew some of the last bombing raids over Japan targeting oil depots in a B-29. His official military biography states that he “led the first and last heavy bombing raids of World War II.

In 1948, Beirne Lay, Jr., who had served alongside Armstrong in the bombardment team in Europe, collaborated with Sy Bartlett to publish Twelve O’Clock High! The authors made clear in the foreword that Colonel Frank Savage, the novel’s central character, was based on Armstrong. The 1949 film version of the book was nominated for an Academy Award for Best Picture.